President Ruto’s recently launched Hustler Fund has been dealt a blow after two citizens challenged the legitimacy of the fund in court wanting an order issued to stop the disbursement of funds until their concerns are addressed.

This comes after millions of Kenyans flooded the platform to borrow loans amounting to 6 billion with Sh312 million in savings within 8 days since the fund was officially launched.

In a news report, the two petitioners termed the fund illegal and further accused the government of having the intention of looting money through the platform.

In their lawsuit, Mr Bernard Odero Okello and Kevin Ndoho Macharia challenged that the fund does not meet the requirements by the Public Finance Management (Financial Inclusion Fund) Regulations, 2022 considering that there are no officials appointed to regulate the fund.

Some of the demands they made include the government to be ordered to make information about the source of the fund public and that Kenyans be provided with an account of funds that have already been disbursed.

If the court rules in favour of the petitioners and declare the fund illegal, this will be a big blow to millions of Kenyans who have already started benefitting from the fund.

In other news, Raila Odinga supporters were on Thursday left puzzled after the Azimio party leader canceled his highly anticipated event which had been scheduled on Jamhuri Day. A statement issued by the minority leader indicated that the Azimio team will not be available on that day.

Video of Cherera With Raila That Forced Her to Resign Cherera and three other commissioners, Irene Masit, Francis Wanderi and Justus Nyang’anya are being investigated after Ruto ordered National Assembly Justice and Legal Affairs Committee to investigate them over gross misconduct and abuse of office during August general elections. 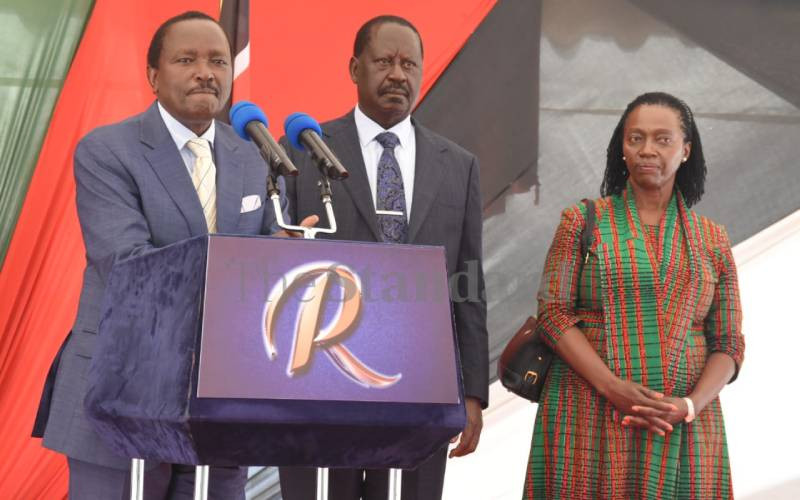 As The Standard reports, a senior government official has come out to lift the lid on the intrigues behind the cancellation of a political rally by the opposition coalition, Azimio la umoja One Kenya coalition party, a rally that was scheduled to take place on Monday next week.

The rally that had attracted debate was to take place at the same time as the national Jamhuri day celebrations that will be lead by president William Ruto. However, a government official believes he know why it was cancelled.

Yesterday, Gem residents went to the ballots where they elected their members of county assembly.

However the elections were marred with chaos after a number of people were seriously injured during a scathing attack by rival supporters.