If you followed proceedings in the Senate when the impeachment motion against besieged Kirinyaga Governor Anne Waiguru was tabled, then your guess is as good as mine on what awaits her after 10 days.

After a quite charged session on the floor of the House, 45 senators voted to have her impeachment determined by a team of 11 Senators and not a committee of the whole house. Only 14 supported the plenary way.

As expected, most of the Senators who took to the floor of the House to support the motion on the establishment of the committee noted that Waiguru stood a better chance of a fair hearing in the committee as opposed to the plenary.

The Tuesday session also reestablished the political discourse that Deputy President William Ruto is technically serving as the opposition leader if the voting patterns at the senate are anything to go by.

Waiguru, who is an ardent critic of the DP, was as anticipated, vehemently defended by anti-Ruto senators, but on the other hand passionately opposed by pro-Ruto legislators.

At one point during the debate, Siaya Senator James Orengo claimed that there was a clique of Senators who were not seeking justice in the case against Waiguru, but were after vengeance.

The unfortunate bit about all these political theatrics witnessed yesterday and even after the lapse of 10 days when the select committee is expected to table its findings, is that the Kirinyaga residents will most probably not get what they really deserve.

Details have emerged of Sh92 million procurement irregularities in Kirinyaga county that could worsen the woes of impeached Governor Anne Waiguru before the Senate.

A report by the Public Procurement Regulatory Authority (PPRA) has lifted the lid on the multi-million tendering mess, part of which MCAs relied on to send Waiguru packing.

12 Areas in Nairobi Set for Demolitions

The government has announced plans to carry out more demolitions in the capital city Nairobi following the controversial Kariobangi demolitions.

The demolitions are in line with the Water ministry’s plan to expand the city’s sewerage system. 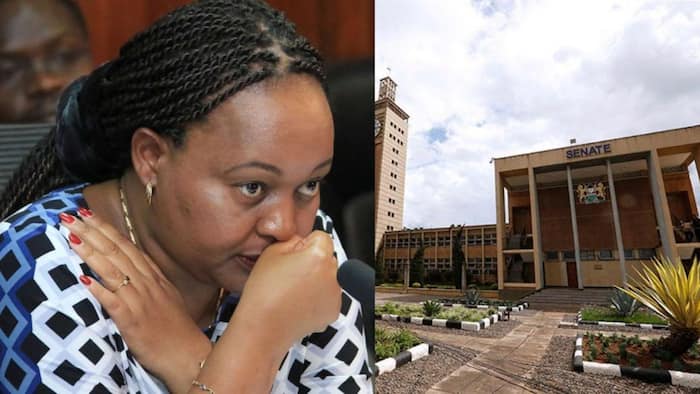 Elgeyo Marakwet Senator Kipchumba Murkomen has claimed embattled Kirinyaga Governor Anne Waiguru has already been “sanitised and cleared” by the upper House stating justice has been denied to the county residents.

The outspoken lawmaker who vehemently opposed the formation of a committee to determine the governor’s fate claimed a predetermined decision had been made to save the county boss.

The impeachment of Kirinyaga Governor Anne Waiguru will now be determined by a team of 11 Senators and not a committee of the whole house. Do you think the once untouchable Cabinet Secretary and county boss will get a fair hearing that would also serve the people of Kirinyaga their best interests?