Just a day after the country was thrown into shock following the death of 14 pupils at Kakamega primary school, reports have emerged on how the departed will be buried.

According to the organizers of the burial, 12 out of the 14 pupils who perished during the stamped will be buried in a weeks time in a mass grave.

Muslims ones, however, have been given the chance to bury their loved ones with one already buried on Monday and another one expected to be buried on Wednesday afternoon in a ceremony where sports CS Amina Mohamed is expected to attend.

The stampede, which its root cause is yet to be established, happened on Monday evening as the children were leaving classes for their homes.

Deputy President William Ruto, who visited the school on Tuesday, announced that the government will foot the bill for all the victims and those killed in the stampede.

The DP said the national government in conjunction with Kakamega County Government would jointly incur all the costs required to give the children a decent send-off. 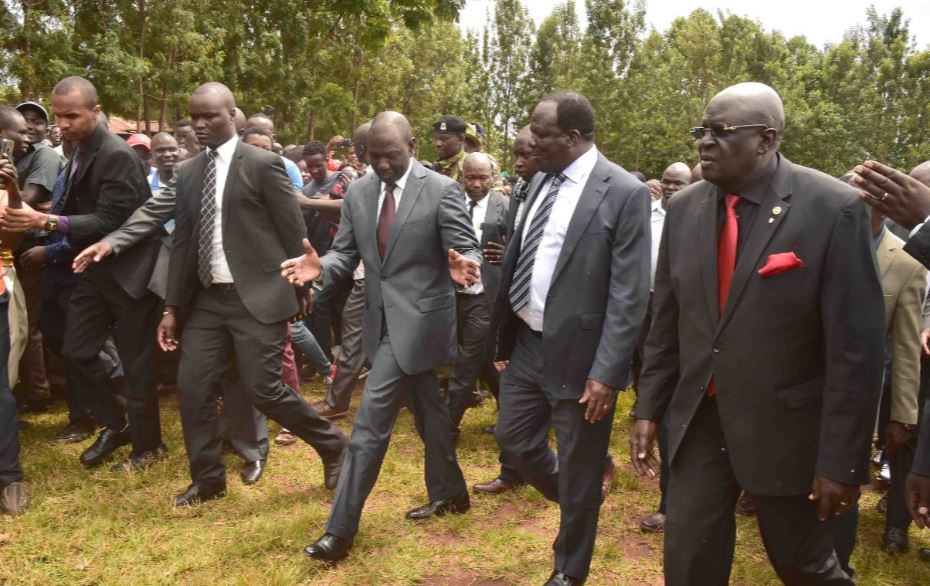 Ruto announced the decision after a meeting with the school’s management, county leaders and security agencies. The school is expected to be reopened on Monday after Education CS Professor George Magoha closed it on Tuesday.

Already, counselling desks have been established both at the school and the hospital to help traumatised families.

Western Regional Commissioner Anne Ng’etich said all the investigations will have been concluded by the end of next week and the cause of the stampede expected to have been revealed.

Teachers unions, KUPPET and KNUT are expected to visit the institution later in the day to access the situation.