Kenyans have today celebrated the nation’s former Attorney General Charles Njonjo as he marks 100 years. Apart from being a famous political advisor during Jomo Kenyatta’s era, Njonjo proved to be a family man and he is today celebrated for his service to Kenyans.

Most of us would think that there is not so much to do at 100 but the Duke of Kabeteshire will make you have second thoughts about this. A few days to his birthday, Njonjo in the company of his family visited Mgahinga Gorilla National Park to track Gorillas as one of the activities to mark the celebration of living through a whole century.

One of the aspects of his life that caught the attention of many Kenyans is his decision to get married in his 50’s. According to several reports, the Kenya’s first president Jomo Kenyatta seemed uncomfortable that his legal advisor had no wife at 50.

In 1972, Njonjo who had never intended to marry an African girl wedded a British woman; Margaret Bryson.

In a previous interview, he revealed why he left the bachelors club after 50. Njonjo explained that it took him so long to find a woman he could live with.

He also added that after getting his eyes of a British lady who was in the choir, he was then ready to settle.

“It took me a long time but eventually, I found one and I married her at All Saints Cathedral… she was in the choir.” He stated

The couple is blessed with three children who are known to have achievements in various fields.

Here are some of the photos of his gorgeous wife 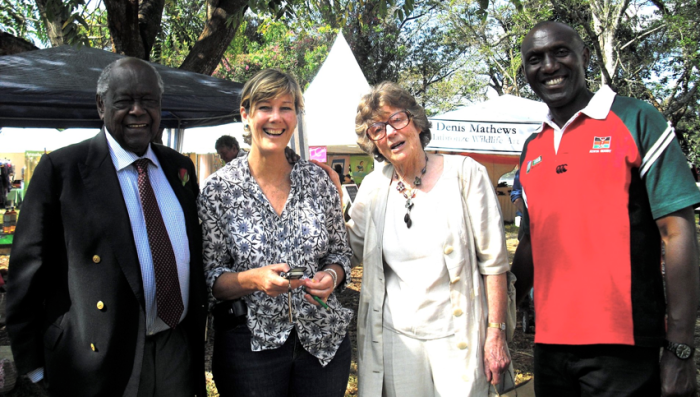 Rare video of powerful Attorney General Charles Njonjo's wedding to Margaret Bryson at the All Saints Cathedral, Nairobi on November 18, 1972.