Fatuma Zarika has come out to apologize to her fans over wild comments she uttered after losing her World Boxing Council super-bantamweight gong to Mexican Yamileth Mercado on November 17.

The 34-year old boxer exploded after losing a belt she had kept for four years insisting that she owed it to no one in the first place. 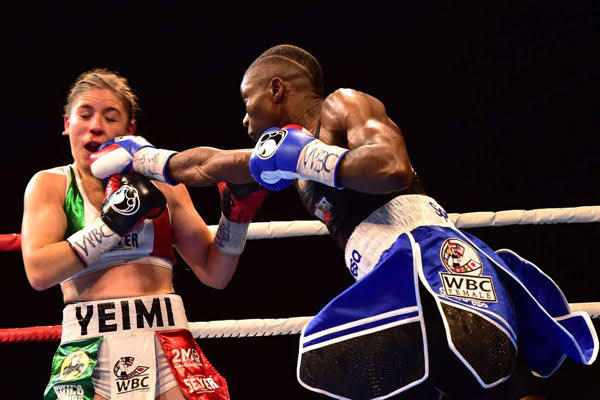 “I want to tell my fans that I’m not saying sorry to anyone. I know I lost the bout, but when I got that belt (in 2016) nobody was there to support me,” a furious Zarika said, shortly after the fight.

“I’ve been with the belt for four years and none has ever appreciated it. The government doesn’t want to help.

“Nobody has come to my aid since Sportpesa left. So it’s better to leave this belt here in Mexico where it can be appreciated,” she added.

But six days later, Zarika has decided to withdraw her comments and ask for forgiveness from her fans.

“I was frustrated and angry because I felt like everyone ran away from me, including my own country. I had suffered much pain ahead of the match. I was mentally disturbed. That’s why I spoke with anger and mentioned my fans in that manner,” she said.

She, however, urged fans to be accommodative when things don’t work their way.

“Fans will always question you when you’re not doing well, and sometimes they don’t understand the troubles you undergo. They will always expect you to be perfect,” she said.