Senate Majority Leader Kipchumba Murkomen and City Lawyer Donald Kipkorir have clashed over a threat of a lawsuit filed by the world most decorated athlete Eliud Kipchoge against NRG radio.

This is after Murkomen criticized the threat saying Eliud Kipchoge was misadvised adding that other mechanisms of solving the conflict were at their disposal.

“I would advise @EliudKipchoge against unnecessary legal battles with entities like @NRGRadioKenya merely excited with his fete. It waters down the good name of Kipchoge.

Concerns raised shouldn’t have been in the form of legal threats. A phone call is enough. He was terribly misled,” tweeted Murkomen.

In response, LawyerKipkorir, who filed the lawsuit threat on behalf of the athlete, told off the Senator and dared him for a court battle.

“My Senator… Let us have professional respect… If my client thought you are a better lawyer than me, he would have come to you… Let’s operate on our different lanes! Kindly, act for NGR Radio and we see the outcome,” responded Lawyer Kipkorir. 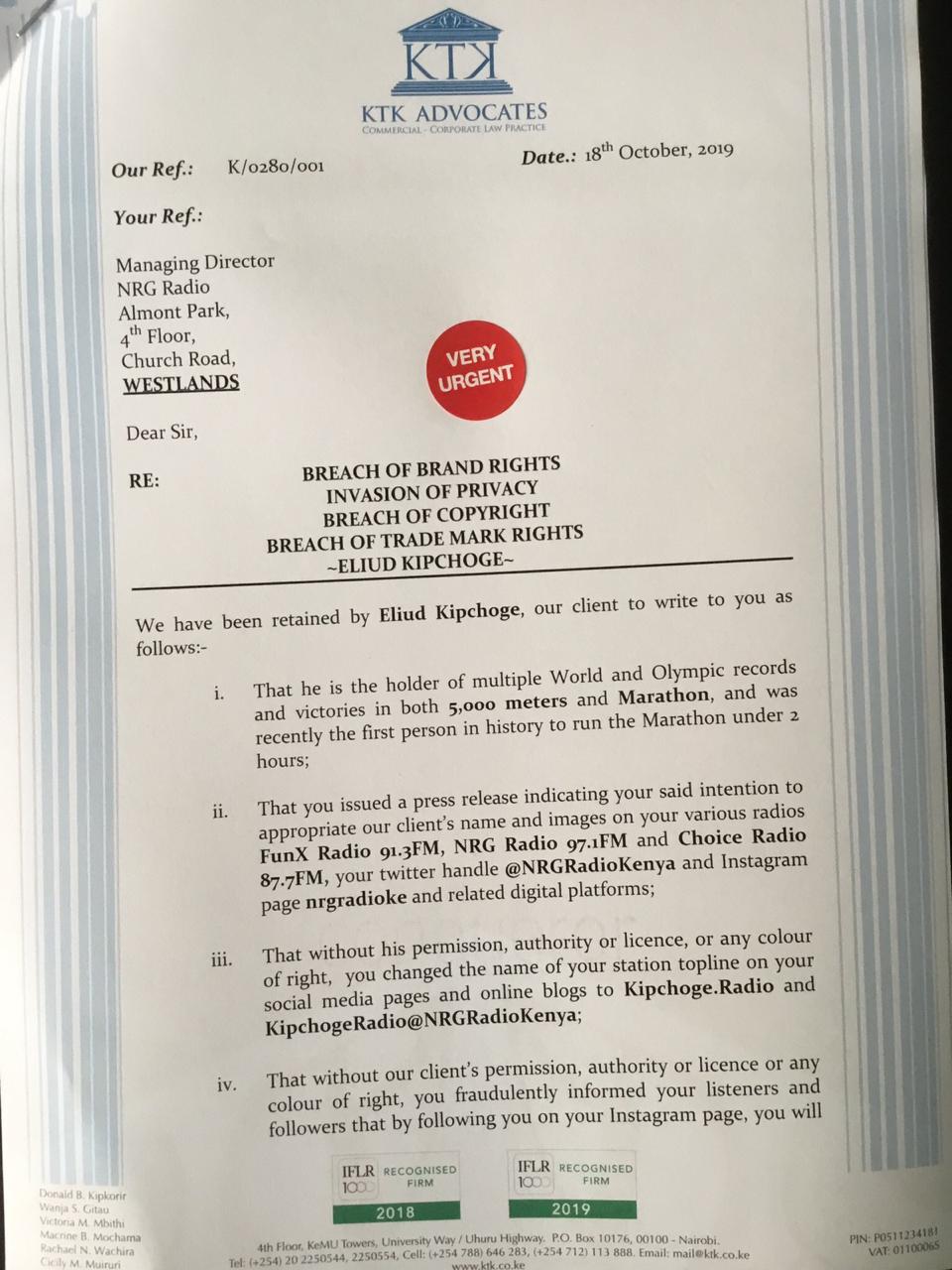 The altercation came hours after Kipchoge, through his lawyer Kipkorir, gave three demands to NRG radio or else they battle it out in court.

Kipchoge accused the radio station of using his name in its social media accounts and blogs without his consent.

The athlete went ahead and ordered the radio station to remove his name and images from their blogs and social media accounts with immediate effect. 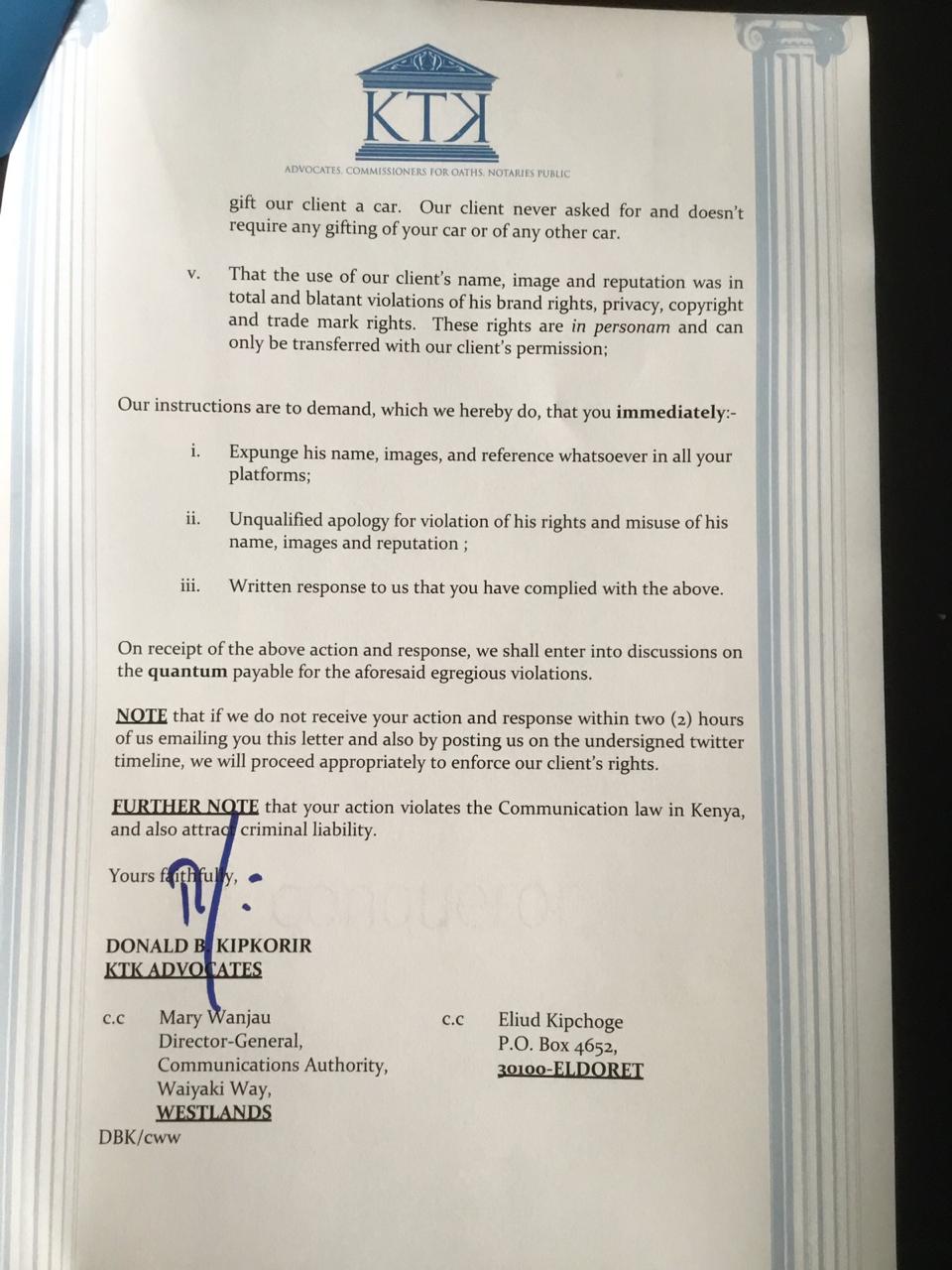 The World record-holder, secondly, demanded the radio station to apologise for violation of his rights and misuse of his name, images and reputation.

Thirdly, to confirm compliance, Kipchoge demanded a written response from the radio station within two hours and stated that they will have to engage in monetary compensation for the violations.

Responding to one of his followers on Twitter, Lawyer Kipkorir confirmed that NRG radio had complied to the demands.

My Senator …. Lets have professional respect …. If my client thought you are a better lawyer than me, he would have come to you …. Let’s operate on our different lanes! Kindly, act for NGR Radio and we see the outcome …