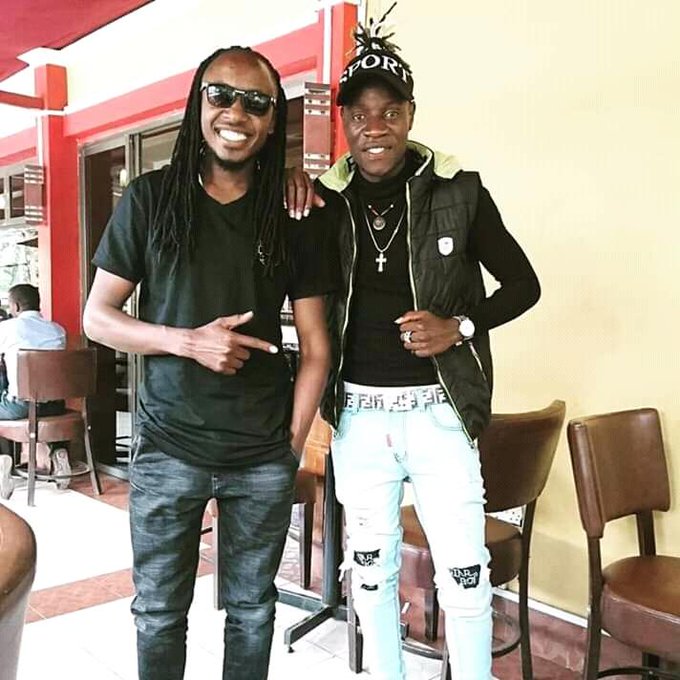 Kenyans went wild after the DCI arrested Kamlesh Kagaba, a gospel music rapper, as a suspect of the recent G4S money heist.

He was arrested at his garage alongside other two suspects who were believed to have been part of the robbery. Kenyans on twitter believe that Kamlesh doesn’t deserve to be among the suspects since he is an innocent soul.

#freekamlesh has gone viral as Kamlesh fans cry out for his release.

An artist i have worked with, mentored @KamleshKagaba was arrested at his garage in regards to the G4S heist.

Been told @DCI_Kenya have him

Humble Request:
Where is he?
Is due process followed?
Is he represented?
He leads a community of christian rappers who are concerned. pic.twitter.com/G4FrPlM8rg

I might not be in a position to prove the innocence of My fellow sojourner @KamleshKagaba On this case but I strongly believe in the truth of the faith we both share that he is incapable of doing this. #FreeKamlesh https://t.co/1MW7vaV1Mq

@KamleshKagaba is a devoted Christian and an exemplary Rapper that lives what he speaks . He’s a mentor and an icon in the Kenyan Music scene.#Freekamlesh#Truejustice pic.twitter.com/Pdg3t8Yf5k

Patrick Kagaba AKA Kamlesh is an East African Christian rapper and poet born and raised in Kenya. He is currently being held in an undisclosed location as a suspect in the Nairobi West G4S #MoneyHeist.We are rallying behind him using the hashtag #FreeKamlesh pic.twitter.com/ZTN07XDgQw

@DCI_Kenya
I truly support your fight against crime but i think this one you’ve got it wrong.
I stand with Kamlesh on this. #freeKamlesh pic.twitter.com/wKXB5TmFQ4

@DCI_Kenya our request is to have an assurance that @KamleshKagaba is safe, in safe conditions, and we hope that there would be due process and he can access lawyers.#FreeKamlesh pic.twitter.com/A2vORF53Q2

The robbery happened on Thursday morning after men posing as police officers stole 13 bags of money worth Sh72 million, from the Standard Chartered Bank and G4S in Nairobi.

Police officers told the Star that the impostors stole the cash in transit from the G4S headquarters along Witu road and an ATM in Nairobi West belonging to Standard Chartered Bank.