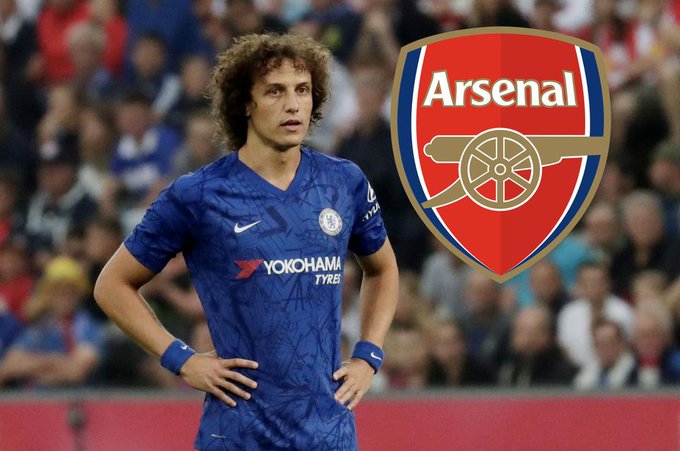 Chelsea defender David Luiz has emerged as a surprise transfer target for fellow English Premier League side Arsenal. The Brazillian center back trained alone on Wednesday as he tries to force a move to the Emirates Stadium.

Luiz has a close relationship with Arsenal head coach Unai Emery with the two having worked together at French club Paris Saint Germain. Chelsea manager Frank Lampard decided that Luiz should train alone after he became a disruptive figure in the dressing room.

Arsenal is in need of a center back, especially after club captain Laurent Koscienly left to sign for Bordeaux in Ligue 1. The news that they might get a center back who has won everything in English football received mixed reactions from the fans.

David Luiz deal at £8m as per both Sky and Mirror. That's actually a pretty good deal. Hard to go too wrong with this one. Despite his flaws, I still take Luiz over Mustafi, Chambers and Sokratis. Will instantly become our best ball playing defender.👍

Arsenal set to pay just £8million to bring David Luiz to the Emirates. If that’s the case then it’s an absolute bargain for an experienced defender from a direct rival. #AFC

So David Luiz want to be a gunner and play with his son Guendozi 😂👌 pic.twitter.com/ElxQ0e4Bnv

The Brazil international won the Champions League with Chelsea in his first full season before he switched to Paris Saint Germain where he worked under Unai Emery.