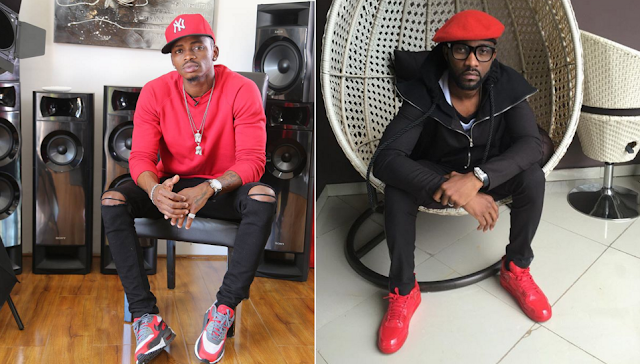 On May 3rd, WCB Wasafi Records Boss– Diamond Platnumz, came through with his brand new hit single entitled “Inama” featuring Congolese Musician Fally Ipupa. His fans have been dying to see the video and guess what?  The video is out.

Unlike the wedding promises, Diamond has not kept his fans waiting for the anxiously waited for video of his latest song ft the Congolese singer Fally Ipupa.

We understand that shooting a video is not an easy thing, but within one month, Diamond has put smiles on his fans face by releasing the video.

The song which is in Swahili talks about love where Diamond gives a number of examples where love has caused troubles in peoples lives. He uses an example of his fellow musician and WCB signee harmonize. Here is it is

Translated in English, Diamond says that

“Love does not choose rich or poor, you can love anyone because it is not something you need to study in the written books. Love has made Harmonize share Sarah with Mwarabu.” Love has brought troubles to my children. I can not see them in person. I only see them in social media…

What makes people love this song most is dance moves.  Here is the video

After featuring a number of international artists in his song, and pocketing a few awards  Diamond is viewed as the best musician in central Africa.

Few minutes after the Video was uploaded on youtube, Fans showered Diamond with praises on the comment Box. See what they are saying.

Diamond never disappoint🔥🔥 I love all his music from Liberia 🇱🇷

Ďiamond #forever your number one African🔥🔥🔥🤙🤙👆😁

Diamond ww kiboko 🤗 who else agrees with me? 🤔 #teamwcb

From the comment Box, you can tell that Fans have been marveled by the video. It’s on point!