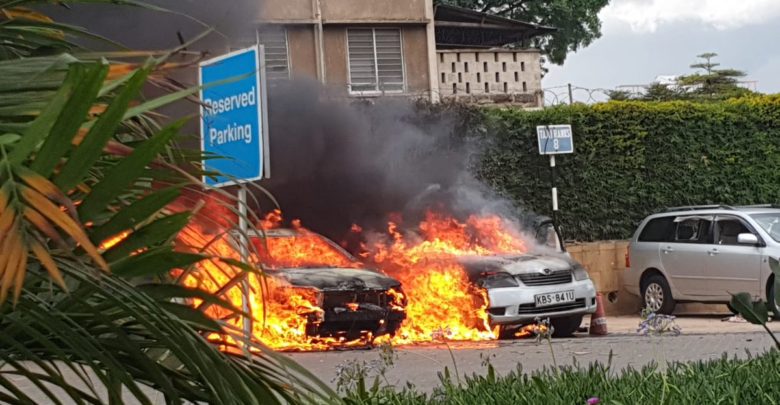 An  eyewitness, believed to be a hawker operating opposite the Dusit D2 establishment, revealed that one of the suspects responsible for the Tuesday attack had visited the building at least two times before the incident.

In a video ,one witness claimed that the first time he spotted the vehicle, the driver asked him to watch over it.

He alleged that after the alleged attacker parked the car at the side park, he then got into Dusit D2 and ordered a cup of coffee.

Once he left the restaurant, the eyewitness claimed that he gave him Kshs 100 for watching over the vehicle and left.

He then reported that the second time he saw the alleged suspect who arrived in the same tinted car, he talked to no one.

The eyewitness claimed that Tuesday was the third time he saw the vehicle at the Dusit D2 establishment which was attacked by unknown assailants.

He also claimed that they witnessed an explosion after the tinted car, which he claimed he had seen two times before at the establishment, arrived.

When asked to describe the alleged attacker who he confirmed was the driver, he placed him as a heavily-built man. 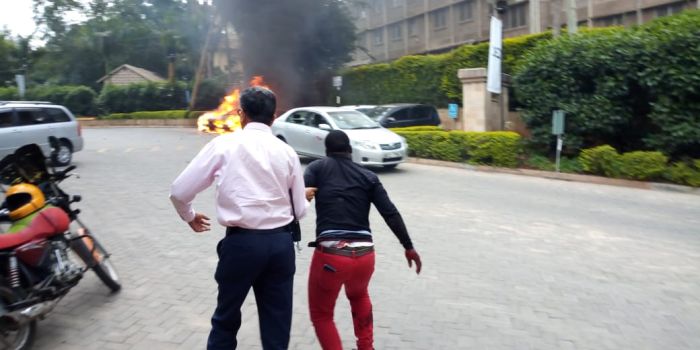 “Ni mkubwa, ni kama mtu wa gym hivi (He is huge, he looks like a person who goes to the gym),” the witness.

In another account, another young man who claimed to have been present when the attack started, claimed that he had seen the vehicle, which he described as a tinted Toyota Ractis, four times at the establishment.

The hawker told KTN News that the vehicle seemed suspicious because it never picked or dropped any passengers, save for one time that the driver got out and entered the hotel.

He claimed that he saw the car get into the establishment, parked along the barriers and that is when the shooting began.