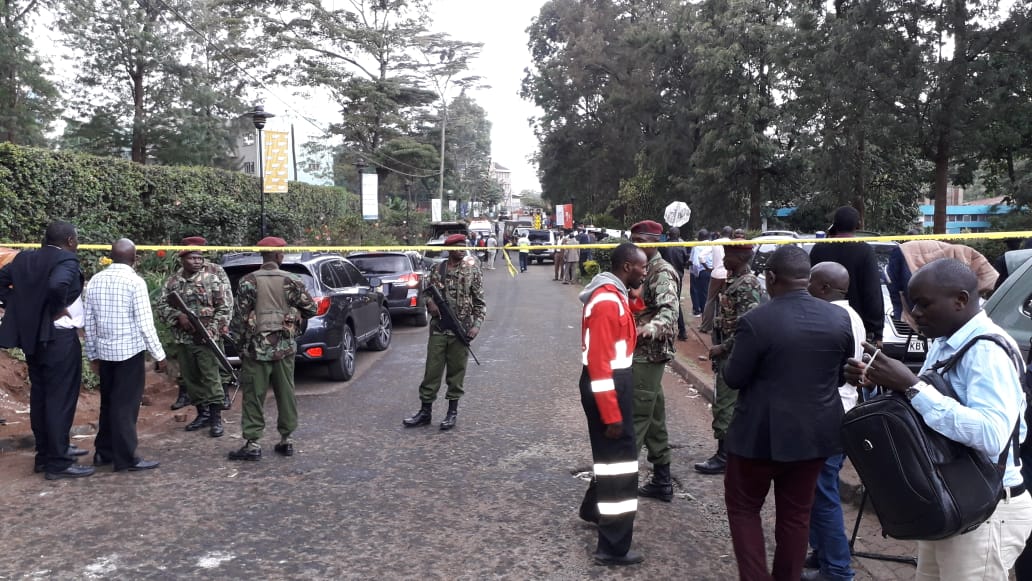 Three people have been confirmed dead in the 14 Riverside Drive attack in Westlands on Tuesday.

Police have quelled the fire and people are being evacuated.

According to eye witnesses, at about 2.30 pm this afternoon, gunshots could be heard emanating from the area that hosts the Dusit Hotels and the Nairobi University Hostles.

It is believed that armed terrorists gained access to the Dusit Hotel and began to open fire.

A Bomb disposal expert was seen at the seen as police cordoned off the area. The National Police Service confirmed the attack and advised motorists to use alternative routes to facilitate smooth operations.