We are a week away to end a month that can only be described by one word, horrible.

July will be engraved in the heart of many Kenyans as one of the most painful month’s in 2020 so far.

As we come to terms with how the start of this new decade has been, we take a step back and relive the week that has been:

The death of the Papa Shirandula was the epitome of how dark the month of July had been. 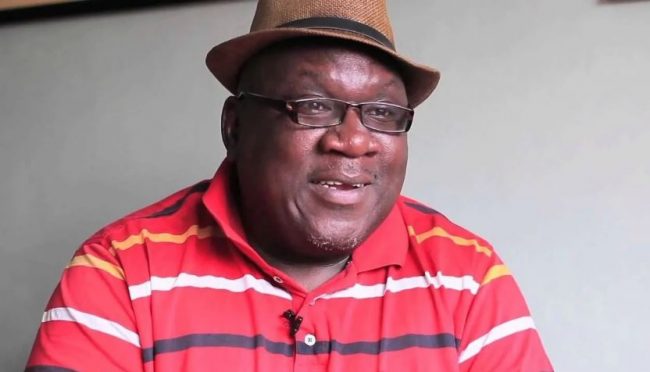 Shirandula painfully lost the fight against the infection after being rushed to Karen Hospital.

With family and friends still coming to terms with the untimely demise of the 58-year old, the artist was laid to rest two days after his death in accordance to the rules given by the government on Covid-19 deaths.

Njoro’s photo standing at Shirandula’s grave that had since gone viral, told of a man who was deeply affected by the death of a very close friend.

The local TV favourite later explained that he had no words to describe the pain he was in knowing that his friend was six feet under.

Kenyans consoled with the artist reassuring him that Shirandula was in a better place.

Tanzania was thrown into deep mourning after the announcement of the demise of the former President Benjamin Mkapa.

The news that was relayed by the incumbent President John Magufuli, noted that the ex-Head of State died at a Dar es Salam hospital.

Unclear of the cause of death, the government pointed out that the 81-year-old had suffered from a short illness and was later admitted at the medical institution before he passed on.

Having played a key role in the negotiation talks with the former President Mwai Kibaki and ODM leader Raila Odinga after the 2007 post-election violence, Kenya through President Uhuru Kenyatta honoured him in a special way.

Uhuru declared three days of mourning and flags to fly half-mast in remembrance of the fallen leader.

Government spokesperson Cyrus Oguna was the talk of the town after he openly announced that he had tested positive for Covid-19.

Oguna expressed that he had developed mild symptoms of the virus after returning from an assignment outside Nairobi.

He, however, reassured Kenyans that he was fine and was in isolation.

The news was nevertheless received with varied emotions after he had denied earlier reports that he had the virus.

The move by the former KDF spokesperson left netizens wondering why he had lied in the first place instead of accepting the bitter truth.

Citizen TV news anchor Jeff Koinange joined a long list of media personalities that have been infected by the deadly virus.

Jeff was the second Royal Media Services employee to have caught the disease, a week after popular news reporter Stephen Letoo also revealed he had Coronavirus.

The JKLive host explained that he might have contracted the virus in the Hot96 studios where he is a radio host.

He further pointed out that things had got really serious when he couldn’t tell the taste difference between salt and sugar.

Interior CS Fred Matiang’i found himself trending after news broke that he had been admitted in the ICU at Aga Khan Hospital.

The news doing rounds on social media proclaimed that Matiang’i had tested positive for Covid-19 and was in critical condition.

The Ministry of Interior and the CS disregarded the reports and termed them fake.

CS Matiang’i himself remarked that he was well and did not have the disease.

He further directed the DCI and police department to arrest the person responsible for the alarming information.

Kilimani area was back in the spotlight for the wrong reasons.

News broke out that a lady was killed after attending a house party in one of the apartments in the area.

The shocking bit was the body was discovered dumped in a flower bed.

An autopsy carried on the body later revealed that the woman was sexually assaulted by her assailant before her death.

Police were able to apprehend three suspects, two of which were released on bail as the other one remained in police custody.