The run to the final for Arsenal involved some tricky fixtures, none trickier than the round of sixteen tie against Real Madrid. That team had the likes of Zidane, Ronaldo and Roberto Carlos. However, Thierry Henry settled matters in the second leg played at the Santiago Bernabeu with a wonderful solo goal. 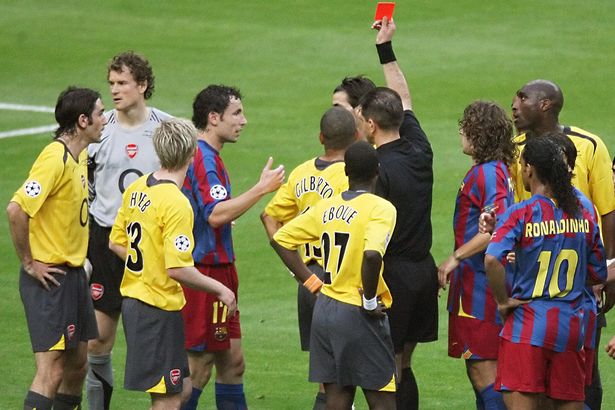 Jens Lenhman saved a penalty in the dying minutes of the semi final clash with Villareal but the German goalkeeper had a final to forget.

With the scores level at 0-0 Lenhman fouled Samuel Etoo who was clear on goal and became the first ever player to get sent off in a European Cup final.

Sol Campbell scored with a thumping header to give Arsenal hopes. Thierry Henry missed two glorious chances to put the game beyond doubt and Barcelona capitalized late on.

Arsenal has never qualified for another final in the competition since. The best they did was the 2009 season where they were knocked out by Manchester United in the semi final stage.