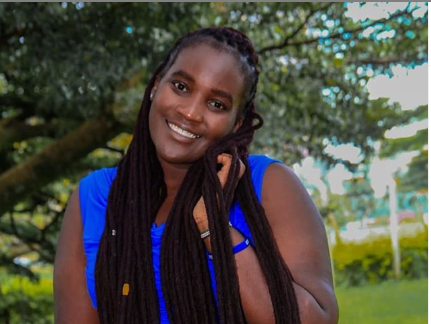 Popular Kenyans actress Winnie Rubi popularly known as Awiti from the real househelps of Kawangware show has fired back at a hater who dared to call her ugly.

Taking to her Instagram page, Awiti exposed the lady after she viewed her photos on her timeline and went further to share one of her photos with a caption making fun of her.

“This world is so funny… If this is someone who has the gutts to call me ugly then sinalangu🤣🤣🤣🤣 @favoured_sharon weh!!! Atleast Ata ungekuwa unakaa azzaid ningekubali” she captioned her photo

Apart from implying that the hater is not any prettier compared to herself, Awiti also laughed at her head when another fan sided with her and made a joke about the hater’s height.

Although some criticized the actress for her response, Awiti stood her ground saying that she will never sympathize with cyberbullies. 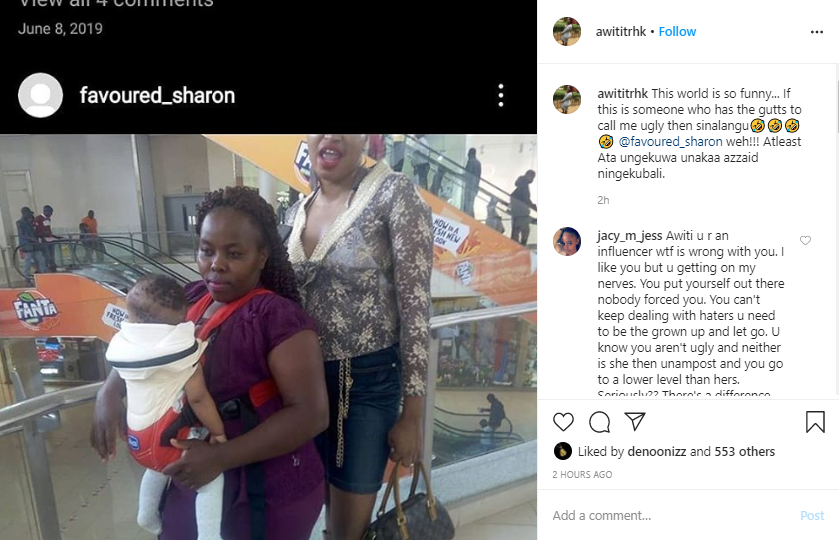 One social media user expressed her disappointment over Awiti’s action saying that there was no need for dealing with her haters in that manner.

jacy_m_jess Awiti u r an influencer wtf is wrong with you. I like you but u getting on my nerves. You put yourself out there nobody forced you. You can’t keep dealing with haters u need to be the grown up and let go. U know you aren’t ugly and neither is she then unampost and you go to a lower level than hers. Seriously?? There’s a difference between your actor personality and the real u. If this is Awiti then well and good but if is the real u. Manze unatuangusha

In response, Awiti defended her move saying that the reason why most public figures end up depressed is that they force themselves to remain silent about such issues.

“niskie vizuri madam!!! If I get on ur nerves or not tht is totally non of my business. FYI I will post anything I want since this is my page…i will never support cyber bullying this is one of the reason public figures are getting depressed cz they can’t clap back at haters cz of wat ppl will think…. My dear I will not die or lock myself and start crying bcz of someones stupid comments.” She wrote

Apart from Awiti, other celebrities who have used this strategy of firing back to trolls is Akothee.