Arsenal travel to face Manchester City in a rearranged match this Wednesday. A win would take Arsenal to within three points of Manchester United in fifth place.

Here we look at how the Gunners could line up at the Etihad. Bernd Leno starts in goal as he has in every league match this season. The German shot-stopper is a leading contender for the club’s player of the season award after a stellar campaign between the sticks.

At right-back, Hector Bellerin comes in after being rested during the win over Westham last weekend. Bukayo Saka will continue to feature at left-back despite Kieran Tierney returning to full fitness. The young Englishman is the player with the most assists for Arsenal this season.

Meanwhile, David Luiz starts at center back alongside Pablo Mari. The two kept a clean sheet in their first match as a pair against Westham

Dani Ceballos has looked rejuvenated since his return from injury. The man on loan from Real Madrid has added technical security and drive to what has been so far a very rigid midfield for Arsenal this season.

Ceballos has looked good paired with Granit Xhaka who has played in all league matches since Mikel Arteta took over as the head coach. Ahead of the two Mesut Ozil comes in to add creativity from midfield. The German midfielder recorded his second assist of the season in the win over Westham. 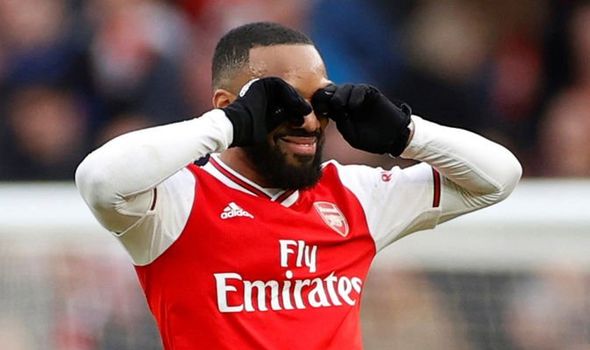 Pierre Emerick Aubameyang is a sure starter on the left-hand side. The Gabon international is the second-highest scorer in the league and combines very well with Bukayo Saka on that left-hand side.

Nicholas Pepe has also been in fine form recently on the right-wing. The Ivorian is finally adjusting to the pace of the English game. Alexandre Lacazette was also dropped due to poor form but responded with two goals and an assist in his last two matches in the league.

He starts in the striking role and will lead the hunt for goals.