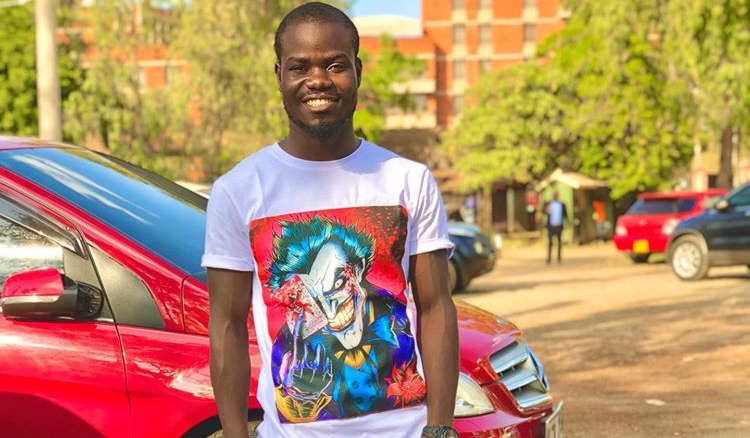 Kenyan Comedian Mulamwah has told off a twitter user in an ugly confrontation after the hater claimed that his jokes are not funny.

In response to his comment, Mulamwah fired back at 5 people saying that his teeth are not well arranged and he even referred to him as a rodent. He also advised him to argue with other creatures of his kind.

The twitter user sparked the argument even further after claiming that his teeth are way funny compared to Mulamwah’s jokes. According to him, the comedian has not had any breakthrough in the industry because of his dry jokes. 5 people also compared Mulamwah to Kartelo whom he believes has had quite a tremendous achievement in the comedy industry.

“I now understand why Churchill would rather steal your jokes than have you on his stage.Beshte yako kartelo sahii ni presenter wewe ukiwa hapo bado unatupostia pics ukiwa in boxers trying to trap hunnies. Protect your brand. Yours,Small bro” 5 people tweeted

Mulamwah trolled the hater claiming that his teeth are not friendly for oral sex and suggested that the ladies he has been with must have gone through a difficult time during their relations.

According to the comedian, his intention was to block the twitter user but he maintained that he will not do so. This twitter battle has sparked mixed reactions from Kenyans with some making fun at the comedian.

Check out some reactions

This is trush coming from someone who wants to grow as a comedian. You wont last long at this pace. Followers 60k wasikuweke kiburi. Retreat , rethink refocus. I don't know why we promote mediocrity 👎 @mulamwah @5_peopl_e https://t.co/v6WF8Oh0GD