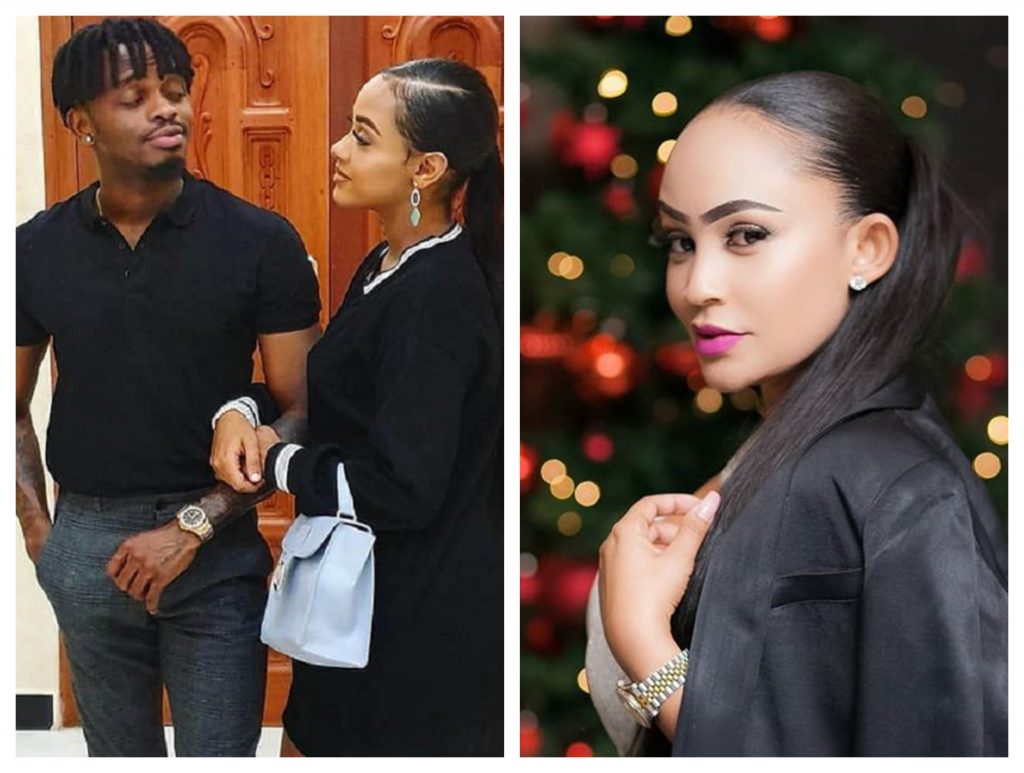 South African businesswoman Zari Hassan has sent a cryptic post to mark her break up anniversary with Wasafi Boss Diamond Platnumz. 2 years ago, Zari ended her relationship with Diamond and publicly announced it on social media during Valentine’s day.

In her recent Instastory, Zari shared a deep message about how women struggle to keep a cheating man yet despite the effort, it never ends well.  We all know that her relationship with Diamond came to an end after the Tanzanian artist cheated on her and even got Hamisa pregnant. 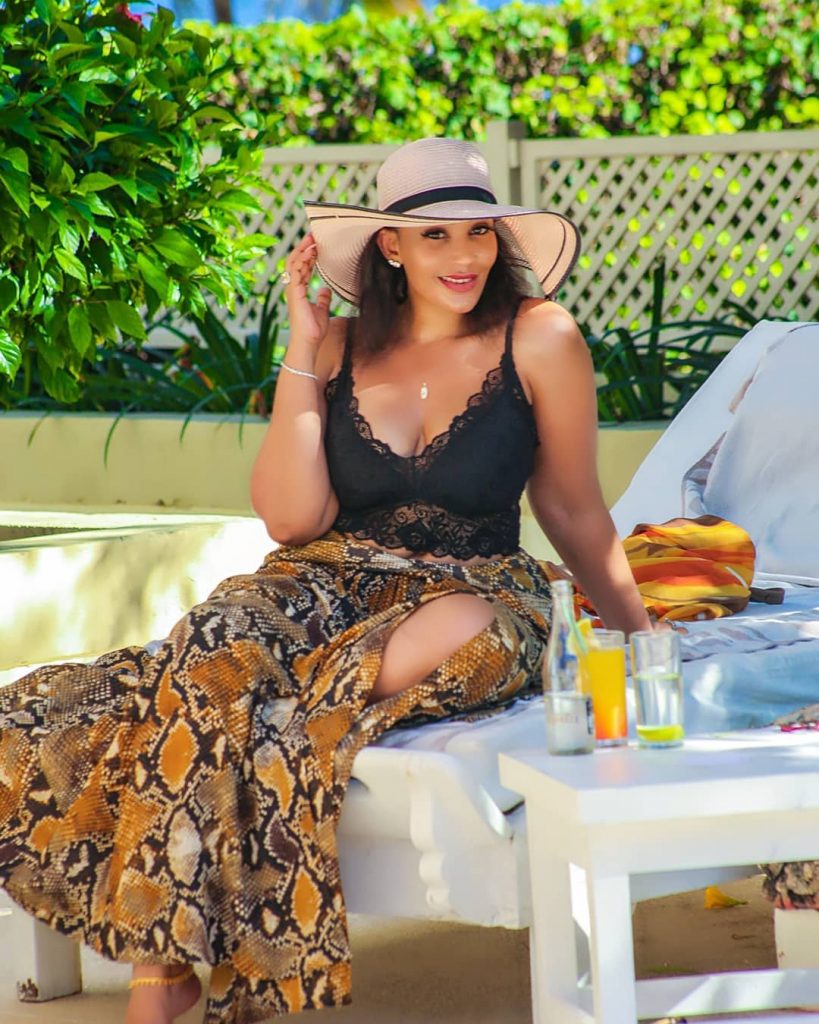 According to Zari, if she would get a dollar for every time her ex cheated, then she would definitely be rich. This message by the mother of 5 has been interpreted by some of her fans as a warning to Tanasha Donna who is Diamond’s current lover and baby mama.

In her caption, Zari stated that she was sharing the message with anyone who needed it.

The businesswoman also hinted that part of the reason why she stayed when Diamond cheated was because she thought she could win and prove the other side chics that she was the main. 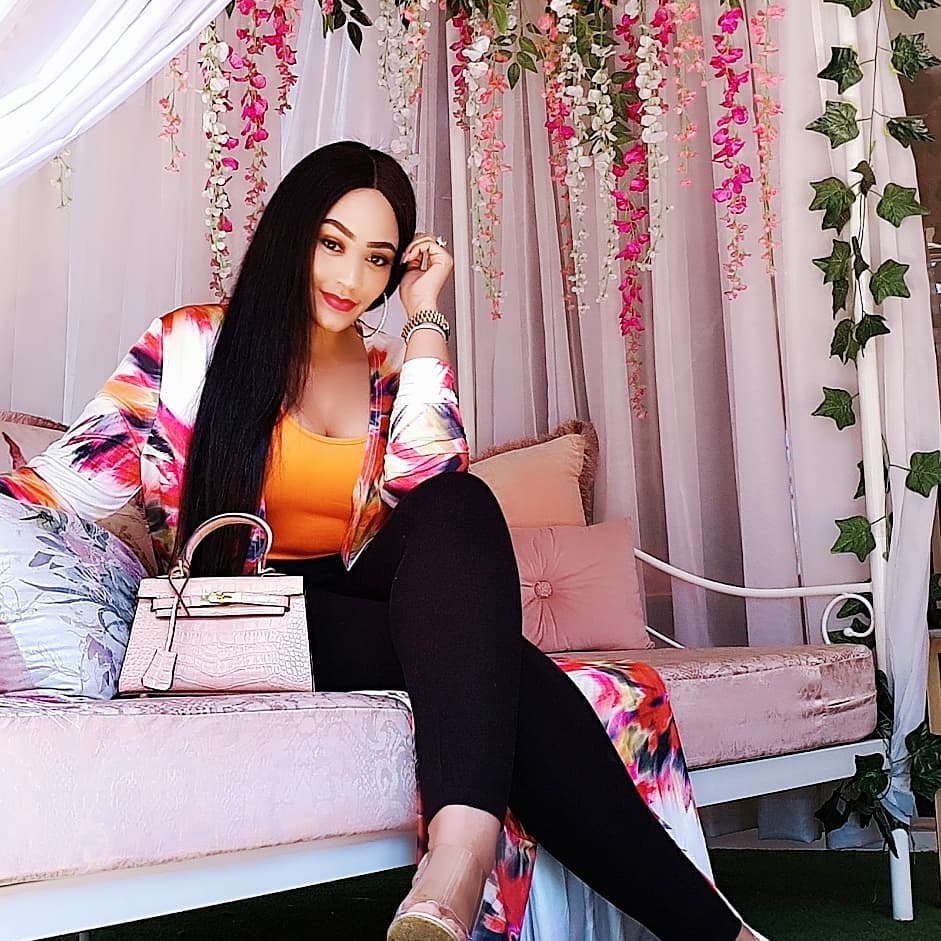 Zari suggests that she tried so hard to prove a point but she eventually realized that it was a stupid move. She also added that no matter how hard she tried and the fact that she has children with Diamond it dawned to her that she still felt lost.

“You will never win with him.why? because bad men are not prizes. You can stay with him, have a bunch of children, marry him, etc but you are still lost.” reads part of the text

Her advice to women who are going through similar situations in relationships is that they should never settle for being the main but the only. 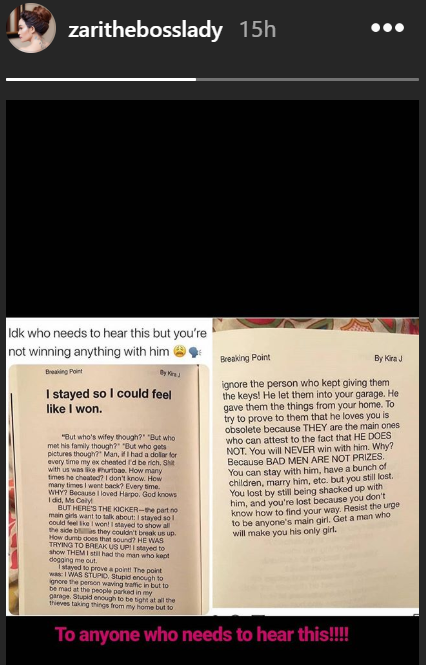