Deputy President William Ruto is going to head the Jubilee Parliamentary Consultative Meeting which is slated to take place on Friday 14, 2020 after the burial of the late president Moi.

Jubilee Party secretary, Raphael Tuju, confirmed this in a statement to newsroom saying, “the consultative meeting will not be a technically a Parliamentary Group(GP) meeting, because it will not be chaired by the party leader.”

He insisted the meeting would be an occasion to have a discourse with members and give updates on various issues of interest and concern in the party.

Tuju said President Uhuru Kenyatta had agreed the meeting can take place at the Kenya School of Government at 8.30 am.

Among the issues to be discussed are the unity of the party, upcoming Jubilee Party elections and BBI politics.

The meeting comes after a disgruntled camp of Jubilee politicians who are reportedly tired of waiting for Uhuru to convene a parliamentary group meeting decided to do it themselves.

The politicians, largely allied to Ruto’s wing of the divided Jubilee Party, held the meeting on January 26 in Naivasha.

Uhuru and Ruto met on Monday at State House, Nairobi whereby it is understood they had lunch together and proceeded for a meeting that ended at 5 pm. 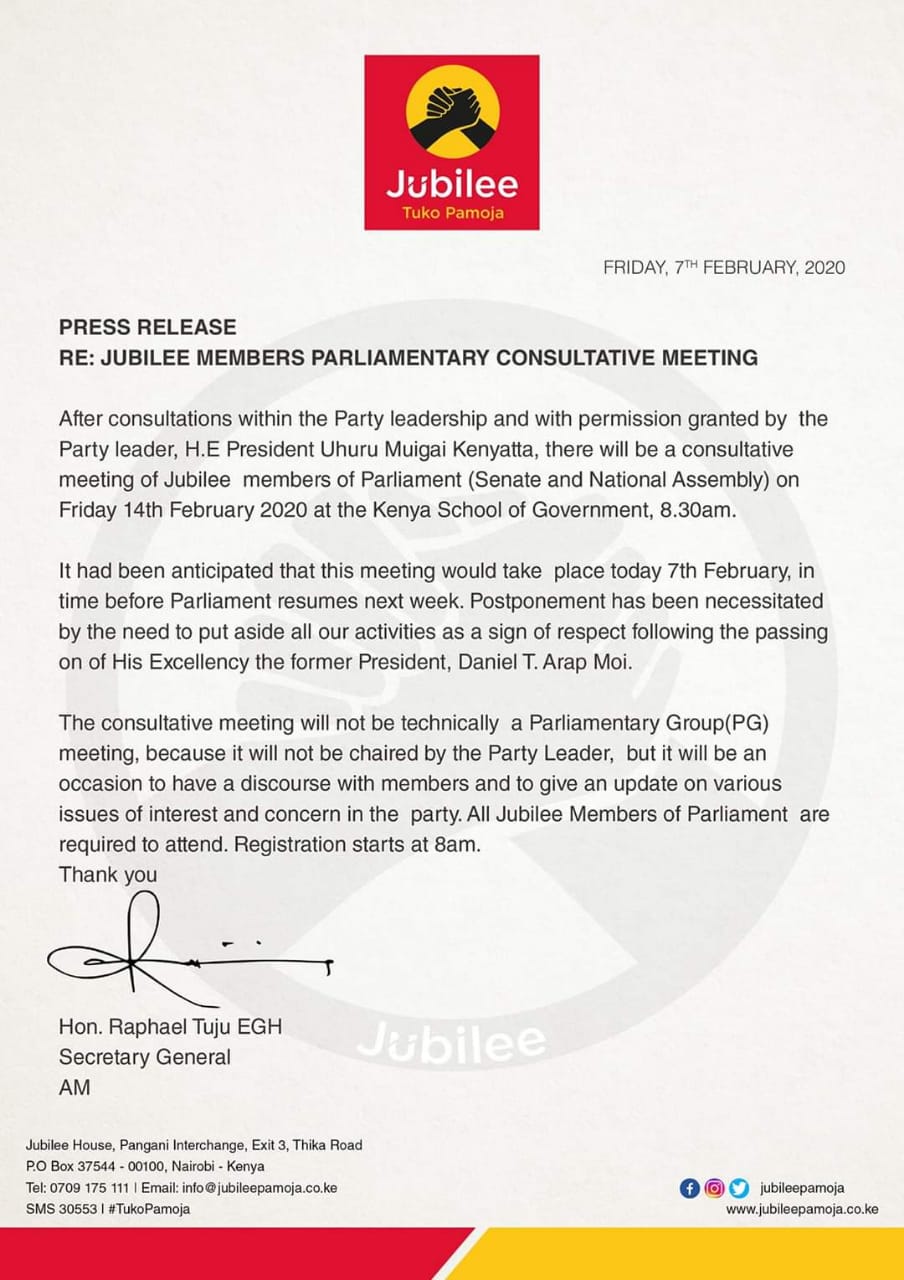