The fourth-tallest building in Nairobi located in the City Square was light up with images of the second president of Kenya intertwining together with colours of the Kenyan flag to give Kenyans and everyone viewing a spectacular show.

Reports are unclear as to whether it was a paid service or it was done in honour of the late president as KICC is the largest all events venue in Kenya and East Africa. 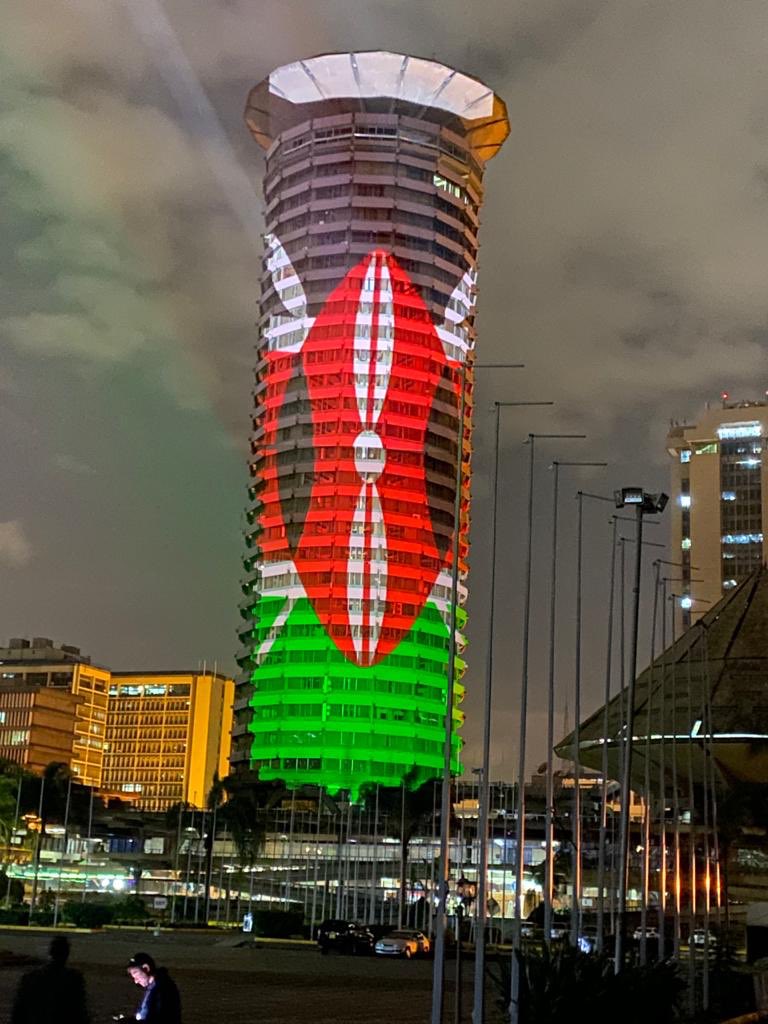 This is the first time the building has been light up in commemoration of any person or event as far the records are to by in the country. 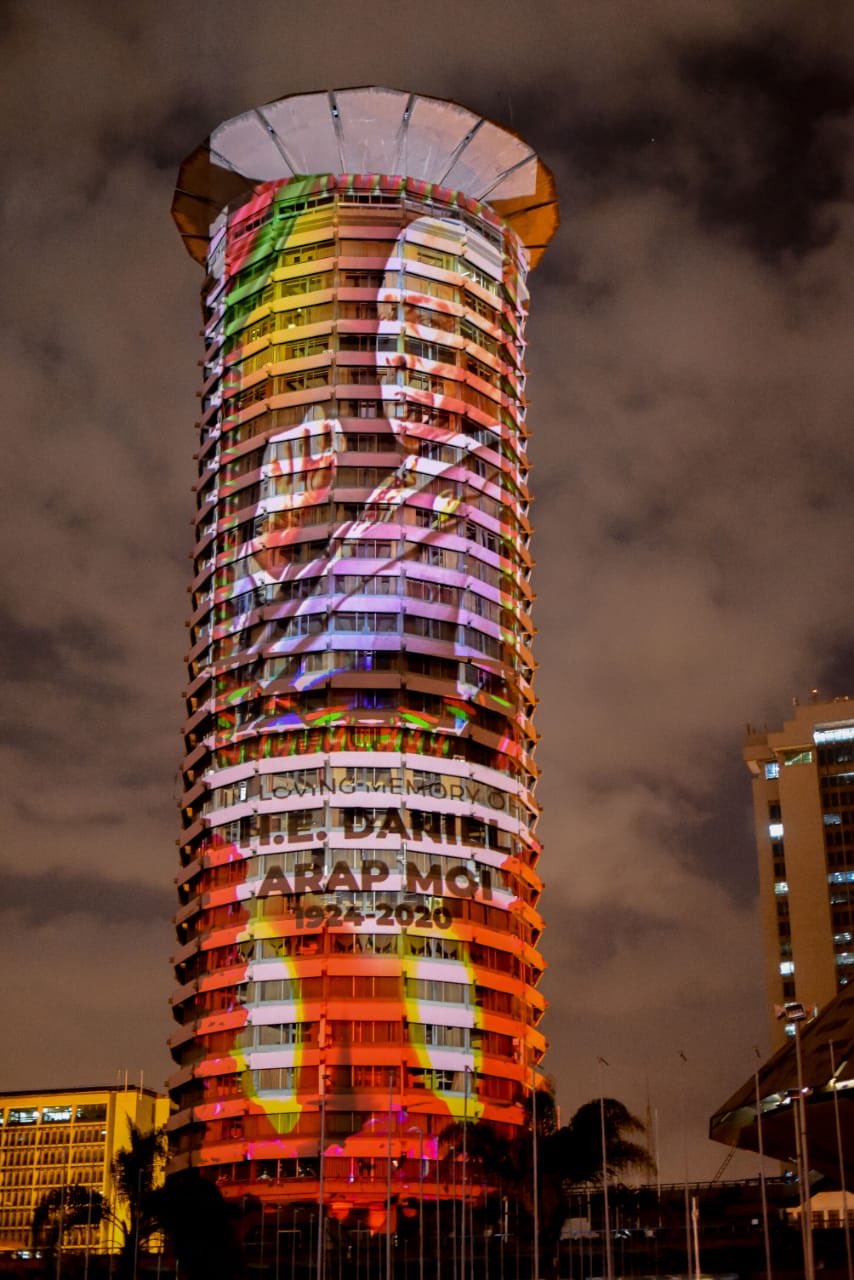 It is, however, not the first time Kenya(ns)is making such a gesture.

In Dubai, on Jamuhuri day Kenyans had a splendid show when the tallest building in the world, Burj Khalifa Tower, was magnificently light with the Kenyan flag. 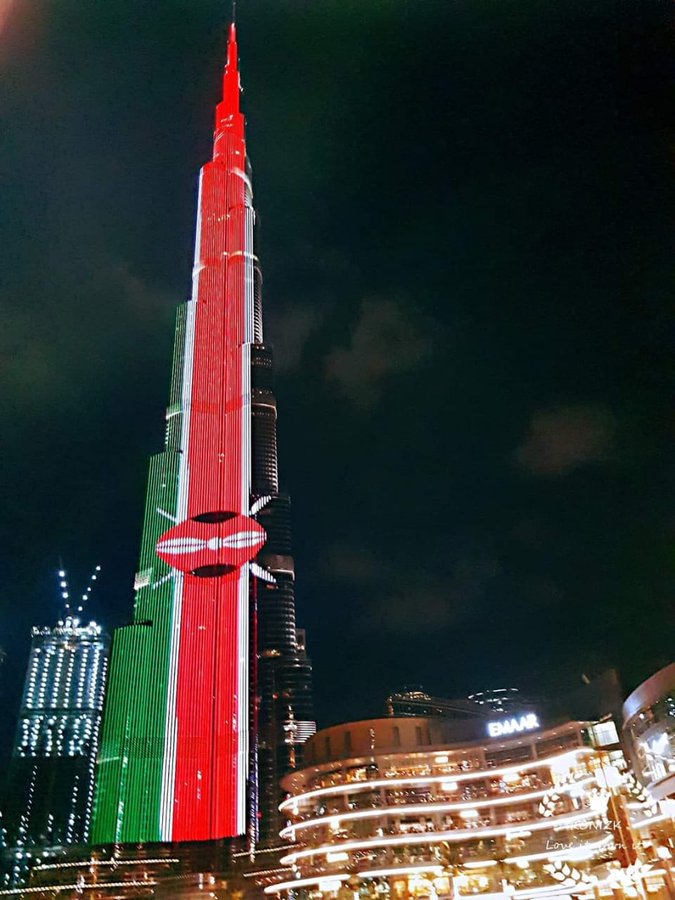 The cost to place a promotional advert or message on the façade of the Burj Khalifa starts from approximately Ksh 7 million ($68,073) for a single three-minute display, according to the marketing agency which manages the lighting displays.

The agency also revealed that prices range from Ksh 7 million for the three minutes during weekdays from 8 pm to 10 pm, rising to almost Ksh 10 million at weekends.