Gathoni caught flak over an unfulfilled promise of a Nissan that she promised a heroic tout after his kind act. The tout had gained nationwide fame after he and his driver halted business to attend to a sick boy who was travelling with his grandma.

The boy and his grandma had boarded a GNT Sacco matatu after leaving Gatundu Level Five Hospital when he started convulsing. The matatu crew rushed him to Neema Hospital for treatment. An act that touched many hearts and had Wamuchomba promising him a gift.

The tout recently received his gift but he wasn’t too pleased with it. The news of the unexpected gift was broken by online political and human rights activist Mario Nderi.

“This is the 14 seaters brand new Nissan Matatu worth 2M that Kiambu Women rep Gathoni Gathogothania gave to Kimenju: the Gatundu South GNT Sacco conductor whose photos went viral after saving a child’s life last year. Wamishara further advised Kimenju to marry as many wives as possible as indicated in the BBI.#KanuaNoMwene,” read the message. 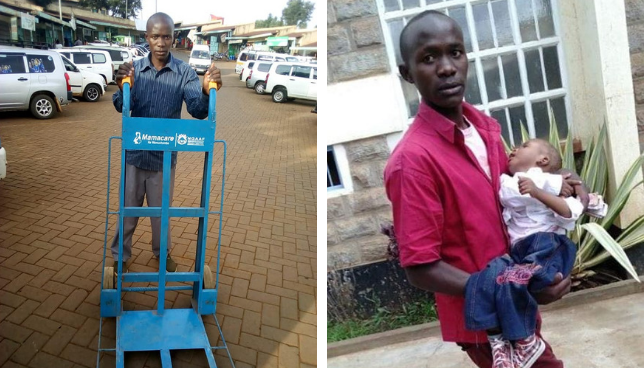 Speaking to Opera News, Wamucomba revealed that the message must have been lost in translation as she said ‘gakaari ga gukua mirigo,’ meaning a mkokoteni in Kikuyu and not a Nissan.

“I promised him a trolley in Kikuyu we say ‘Gakaari ga gukua mirigo. I was live on Kameme and you can get the evidence,” she said.

She then dismissed the story as propaganda that was fashioned by Mario Nderi the Facebook user who broke the tout’s story 2 months ago.

“That’s propaganda from Mario Nderi who works as an extortionist. He has tried to get money from me and I refused,” she claimed.