Sporting CP manager, Jorge Manuel Rebelo is not sure whether Man United target Bruno Fernandes will remain at the club beyond the January transfer window.

The Portuguese is a prime Manchester United target and the deal is said to be on hold as the two clubs are yet to agree on a fee that will see the 25-year old cross over to Old Trafford. The player was linked with the Red Devils last summer but a move failed to materialize.

Bruno featured in Sporting’s 1-0 win over Maritimo on Monday night as speculation surrounding his future continues to make circles in Portuguese and English media.

Asked whether Bruno will remain at Sporting after Monday’s match against Maritimo, Jorge was noncommittal but stated that he wants him to stay at the club.

“I hope so, but I don’t know. Bruno is a special player. I can’t confirm if it was his last game. I would like Bruno to stay and I wish I could count on him until the end of the season, but I can’t say whether he stays or not,” he said.

He went on to heap praise the midfielder saying it will be a big blow should he depart in January but remains open-minded to the fact that he could leave and that they will have to find replacements. 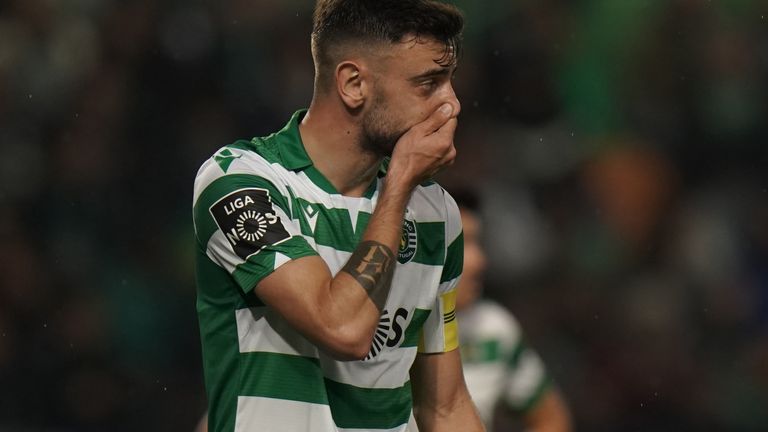 “Bruno is a different player and he sees things that nobody sees. Diagonal movements, long passes. Any team that has Bruno and loses him would be resentful. We will be resentful if we lose him. And if we do, we will have to find solutions,” he said.