A section of Kenyans are anticipating an exclusive interview of former prime minister Raila Odinga that will be aired on NTV on Sunday 9 Pm.

The interview comes a few days after another interview of Deputy President William Ruto that attracted nationwide attention.

The expectant citizens on social media platforms have highlighted questions that they want Raila to answer during the Interview. 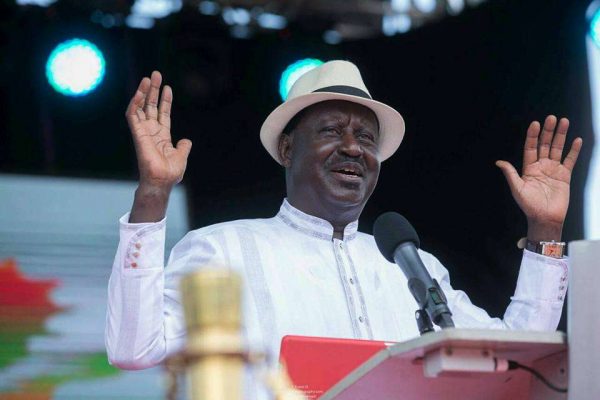 Brian Khaniri, a digital journalist’s stated that he would wish the former prime minister to declare his wealth.

According to him, just like DP Ruto is questioned about his net worth and source of income, the same question should be thrown to Raila.

During his latest interview on NTV, Ruto claimed that he is the only politician who is frequently asked to declare his wealth.

Ruto insinuated that the Media is biased and the basis of the question was the corruption allegations tabled against him.

Just like they asked Ruto, Raila should also be asked his net worth and source of income. That question cannot be a preserve of one individual. #RailaSpeaks

Another citizen expects Raila to address the Building Bridges Initiative.

The initiative that was meant to unite the country has seemed to cause havoc by bringing a political divide in the country.

Majority of Kenyans have not been able to read and interpret the BBI report months after it was officially launched.

Raila’s political circle has supported the report while those affiliated to Ruto have been sceptical on whether or not to adopt the report.

He has been accused of betraying Miguna, the man who took a sword for him by swearing him as the Peoples President in 2018.

The event led to the deportation of Miguna and since then his efforts to return to the country have been futile.

“Why did he betray us, why did betray the man who swore him as the people’s president? What happened to the journey to Cannan?”