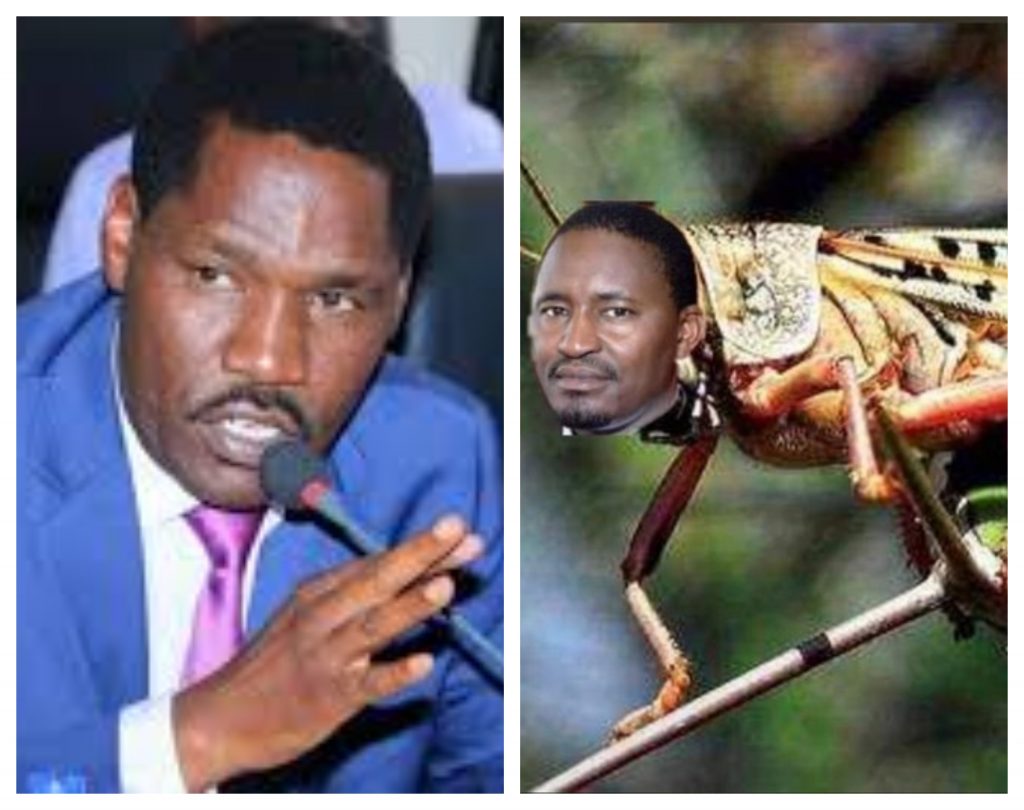 Well, Kenyans online have today made fun of the newly appointed CS Munya after ordering  Kenyans to stop sending locust photos to the government. His remarks come amid the ongoing locust invasion which has posed a threat in the agricultural sector.

Speaking during a press conference, the CS spoke against the fired CS Kiunjuri’s directive that urged Kenyans to share photos with the government so that it can be easier to identify the insects.

According to the incoming CS Munya the government has tasked capable people to handle the locust invasion situation by using scientific methods.

“Please stop sending us photos of locusts anymore, we already have competent people on the ground who are using scientific methods to identify them,” he said.

His statement has however triggered mixed reactions from Kenyans who feel that the CS is trying to prove that he is better than Kiunjuri.

“This one is trying to make us think that he is smarter than Kiunjuri.. He is simply doing politics,” Elizabeth Mwende shouted

Other Kenyans have insisted that they will still send the photos in obedience to Kiunjuri’s order.

Check out the reactions

Affran Ace Mwende Give kiunjuri that phone,we are sending to him not you zombie

WIz JAphe With the size of your nose, I have no doubt that you will even SMELL LOCUSTS.

Kugo Koinange Kosikos I now agree this is another locust..ujeuri tupu…note pictures are as well used in science

Janet Ndunge are you scared of the photos?
Collins Mcodunga Forward them to Kiunjuri si you have his number
James Kidula Kortin Natuma kamoja kamwisho
Johan Johnium We can’t forget you killed the dairy industry. You are worse than locusts