The lives of 18 Kenyans have been left at the mercy of the Indian ocean waters in 2019.

The beautiful sceneries of the ocean body from the Coastal Counties of Mombasa, Lamu and Kilifi have left families with agony over the deaths of their loved ones.

18 Kenyans have fallen in the waters, with the 6 of them meeting their death deep in the dark waters.

Among the 18 notable people that drowned in Kenya’s territory of the Indian ocean, 12 have been found and 6 left to the hands of death.

The most recent case of a blood spill in the ocean is that of 8 fishermen whose boat capsized on December 8 at Ziwayu in Kilifi county.

Ziwayu fishermen were found alive on December 25 and in a bad state having survived 18 horrific days under the salty water.

According to their fellow fishermen who rescued them, the 8 were holding on to 58 kilograms of lobster and fish that they had caught on the day they capsized.

Barely three weeks before the incident, an unlucky man met his death after driving his car into the Indian ocean at the Likoni Ferry cannel.

John Mutinda’s car plunged into the ocean on December 7 under unclear circumstance of whether it was an accident or an intention of committing suicide.

Reports following his death claimed that he was a disturbed man from the way he left his home and drove into the ocean at a high speed.

Before Mutinda’s death was a devastating demise of a mother and her four-year-old daughter whose car slipped from the ferry and plunged into the Indian Ocean on September 29. 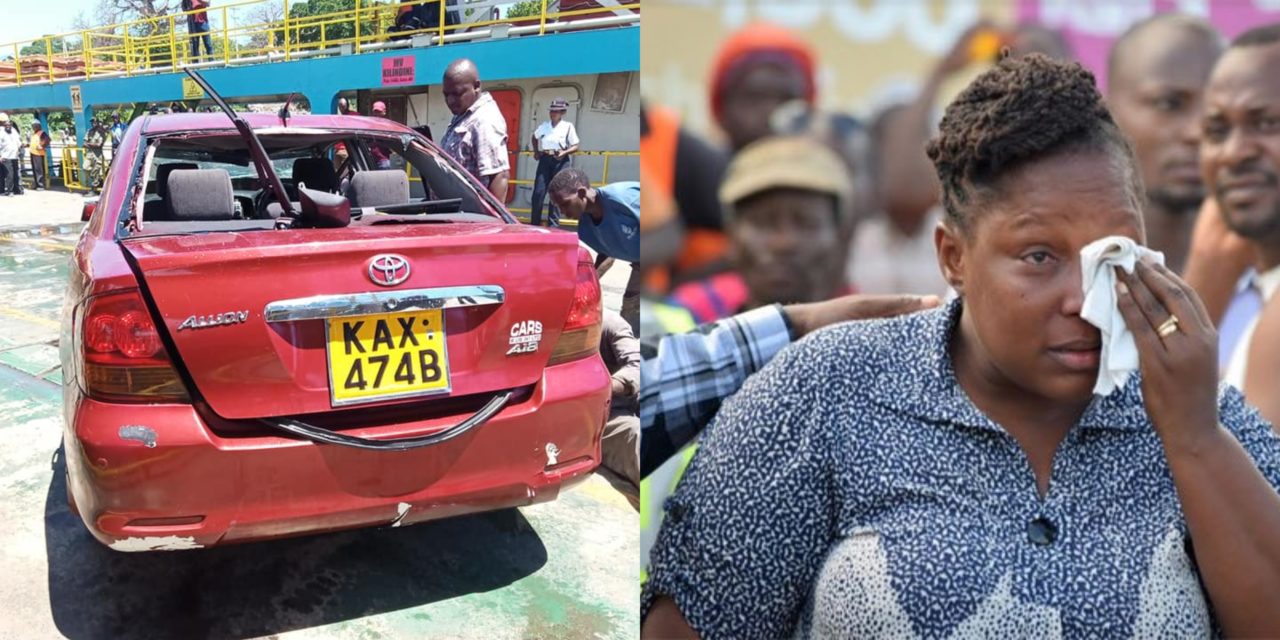 The bodies of Mariam Kighenda and her daughter Amanda Mutheu were retrieved 13 days after laying 58 metres into the sea.

In a similar incident, twins meet the hands of death after their fishing expedition ended deep inside the salty sea.

On October 9, the two fishermen had set off for a fish catching mission when strong winds struck and capsized their boat.

May 20, 2019 fishing mission went sour after their boat capsized in Lamu.

Kenya Maritime Authority (KMA) rescued the four who were drowning right on time.

With the many water accidents, a section of Kenyans has blamed the Kenya Navy and Kenya Ferry Services for laxity in ensuring safety at the Indian ocean.

The two institutions have been on the spot for their delayed emergency response when Kenyans fall under the trap of the waters.