Kenya 7s team is already in Dubai ahead of the tournament and players are evidently psyched up for the three-day important exercise.

The Paul Feeney-coached players have, unexpectedly, paraded their behinds on one of Dubai’s beaches about two days to the Dubai Sevens tournament. 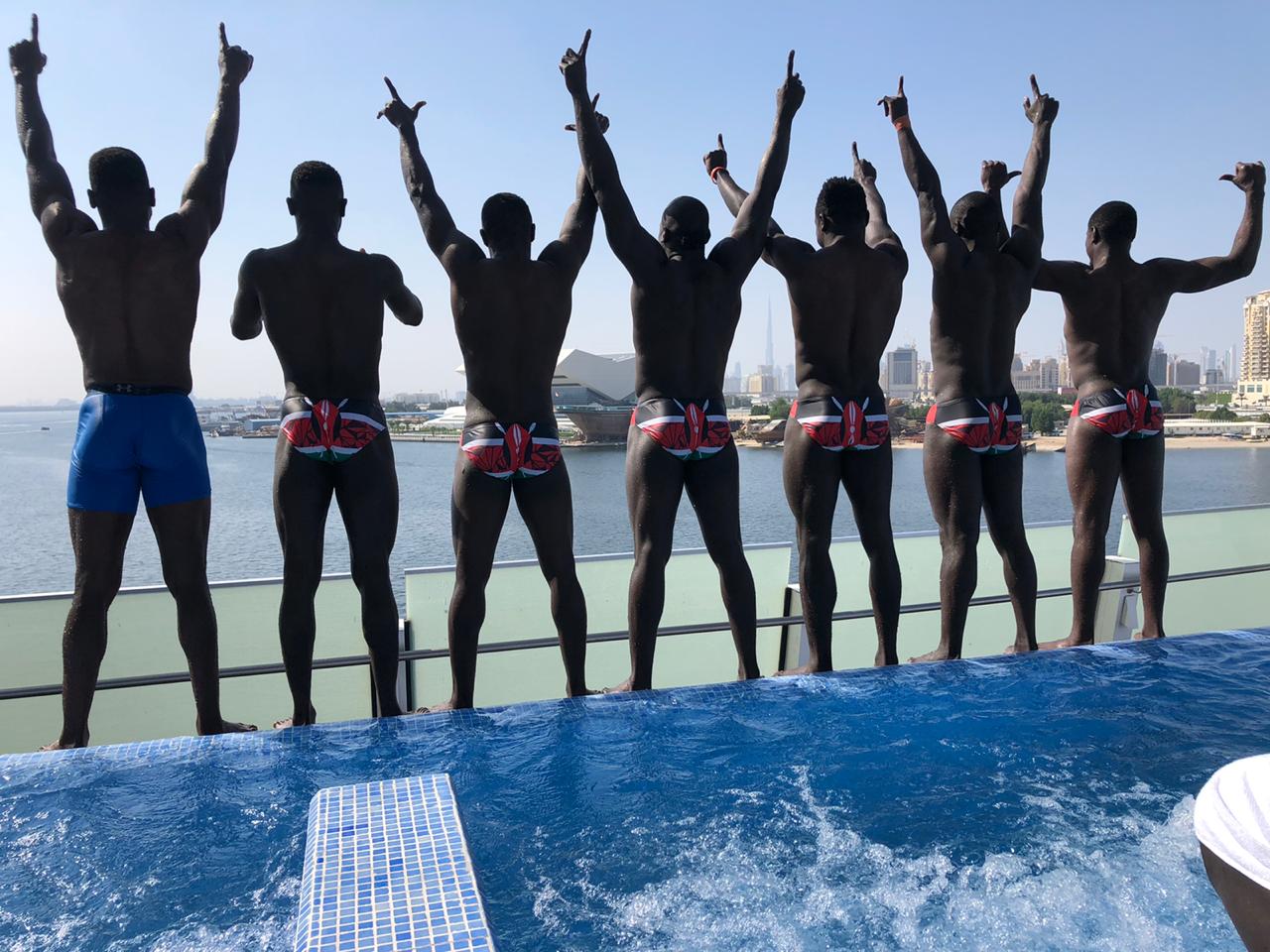 Photos of the Shujaas in the Kenyan flag-branded underwear are doing around social media with captain Andrew Amonde taking pride in them. It’s probably a way of dealing with pressure ahead of such a high-octane competition.

Shujaa head to the three-day event (December 5-7) on the back of a solid defensive display that saw them qualify for the 2020 Olympic Games after conceding four tries in six matches at the Africa Sevens and the KCB man has rallied his troops to build on that momentum in the opening round of the 2019-20 World Sevens Series. 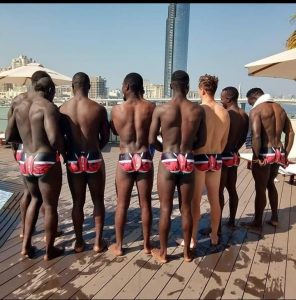 “The important thing is to get it right from the beginning. We have been working hard on our defending because we know that is an area that can win you games. For now, much of our focus is on what can work well for us and the mood in the team is positive,” Amonde said.

Day one in Dubai. find your happy place🤗🤗🤗 #kenya7s pic.twitter.com/8qx9X8G8z9

Shujaa will be seeking to start the season on a high note having failed to impress in the 2018-19 Series when they collected 37 points in 10 legs.

At the Dubai tournament, the Kenyans have been drawn in a tough pool D that has 2017-18 Series winners South Africa, England, as well as Spain and Amonde, knows what to expect from the trio.