In an internal memo sent out to students on Monday morning, the institution’s Deputy Vice-Chancellor of Academic Affairs Prof. Robert Kinyua, stated that the Senate had in a special meeting resolved to shut down the institution. 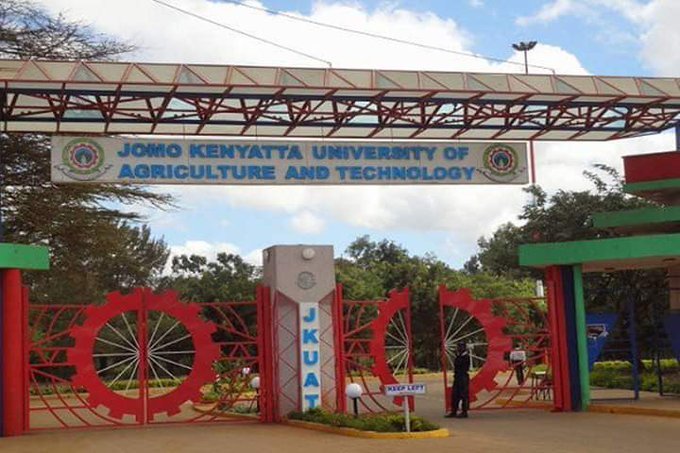 He further directed all students to clear from the campus within the shortest time possible.

The closure came after Students from the institution’s main campus in Juja took to the streets in protest against alleged security concerns in the area.

They are reported to have engaged Police officers in running battles while accusing them of not doing enough to protect them. They further accused area Boda Boda operators of colluding with criminals to rob unsuspecting students.

Most students complained that their colleagues have been threatened by thugs and robbed off their belongings at knife-point over the past few weeks.

Fellow comrades.We all love our studies but we won't graduate if we are dead. Security must come first.
Demonstrations proceeds till late evening
COMRADES LIVES MATTERS#jkuat pic.twitter.com/JByi3IKrCR

According to one of the students who expressed his frustrations online, some of the reported incidents usually occur as early as 6 pm in the evening.

The student also added that one of the most recent victims is a female student who is still receiving treatment at the university hospital in critical condition.

Insecurity in juja is tainting the good name of #jkuat. This must be addressed as soon as possible. pic.twitter.com/ck534c8yTe

@Ma3Route @KenyanTraffic #jkuat #thikaroad
Jkuat student's are throwing stones even this boda guy had to run so expect boda guys to react as usual incase this bodaboda is destroyed. University has been closed hence the mayhem on Thika Road pic.twitter.com/TTF9gWU7RX