Deputy President William Ruto on Sunday, October 27, left the crowd cheering when he danced to the popular hit ‘Pekejeng‘ by Sailors as he campaigned for the Jubilee candidate in the Kibra by-election.

Ruto had just landed at the venue to join other Jubilee leaders for the campaigns where he promised residents of Kibra Constituency all sort of goodies from the government, if they elect the party’s candidate, Macdonald Mariga.

“Kibra will never remain a hotbed of violence, a slum, a place synonymous with poverty. We will never be lied to again,” Ruto said.

“If you are a resident of Kibra, as the Jubilee government we want to construct houses, so that if you are paying for instance Ksh 4,000 0r ksh 5,000 after 15 years the house becomes yours,” he added. 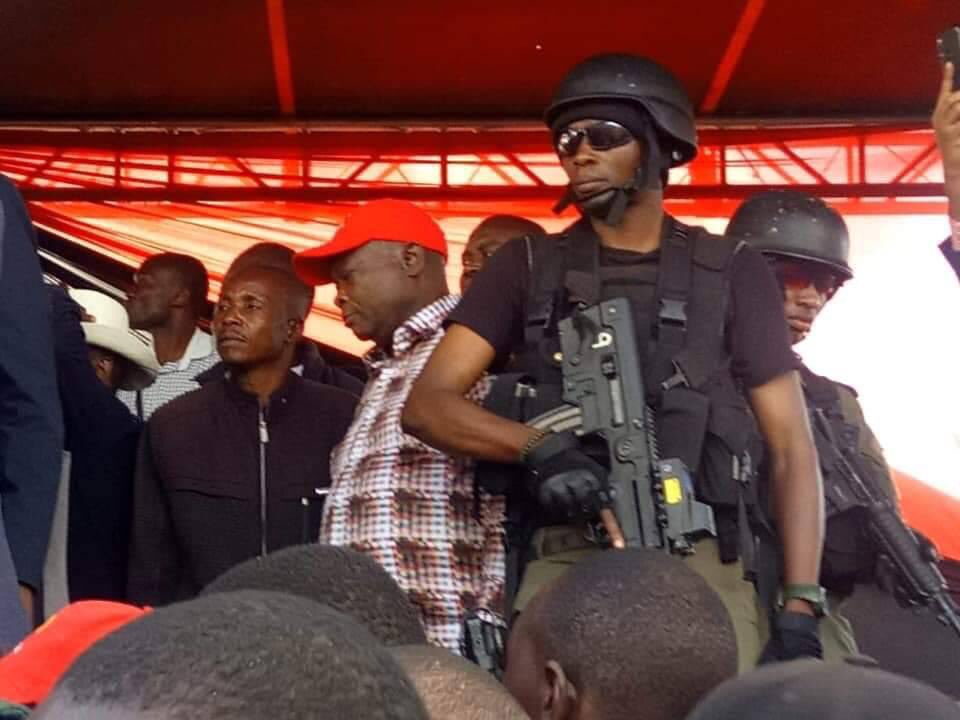 The DP had earlier on caused quite a stir at the Lari Grounds when he arrived in a helicopter and photos of heavily armed guards attached to him went viral, with a section of opposition leaders accusing him of intentional intimidation.

The people of Kibra are UNBOWED… and forever they shall. Hii vitisho ni Baridi tu. pic.twitter.com/aDMRo0dntd

Ruto also warned their rivals against using violence during the campaigns after rowdy youths pelted ANC leader Musalia Mudavadi’s convoy with stones at Kamkunji grounds as he campaigned for his candidate Eliud Owalo.

Here’s the clip of DP Ruto showing his dance moves.