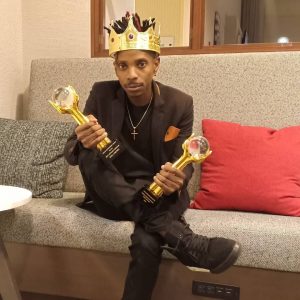 Popular Kenyan comedian Eric Omondi has been crowned African king of comedy during the African entertainment awards in USA.

The 5th annual ceremony went down last night in New Jersey and Eric Omondi had the opportunity to co-host the event.

The comedian bagged two awards including  ‘Best comedian in Africa’. Omondi maintained his position with this win since he earned the very same title during last year’s awarding ceremony. 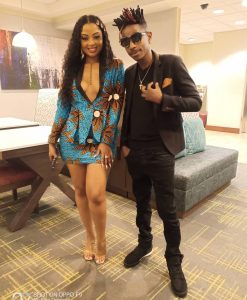 The former Churchill show comedian was contesting for this award against Nasra comedian,Dr Ofweneke, Mark Angel and others.

He shared the good news with his fans on social media to celebrate his achievement.

“The PRESIDENT is now KING Every Obstacle be it human or object, BOW DOWN” he wrote in his post 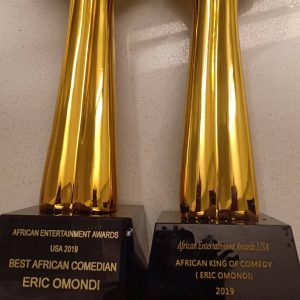 Other celebrities who were honored with awards include Diamond Platnumz, Rayvanny, Eddy Kenzo, Nandy and others.

Eric Omondi’s win has attracted messages of praise from his fellow comedians. Here are some of the comments

carolradull Well deserved Eric! So proud of your journey 🙏

The PRESIDENT is now KING👑👑👑👑👑🇰🇪🇰🇪🇰🇪🇰🇪🇰🇪🇰🇪🇰🇪🇰🇪 Every Obstacle be it human or object, BOW DOWN🎤🎤🎤 – BEST COMEDIAN AFRICA – AFRICAN KING OF COMEDY @aeausa