ICT Cabinet Secretary Joe Mucheru has revoked the earlier appointment of a dead man to the Kenya Film Classification Board (KFCB), replacing the deceased’s name with his wife’s.

In the earlier appointment which attracted heavy backlash from the public, Mucheru listed one Gathoni Kung’u, Nereah Okanga, and Robert Kochalle as appointees to the Board for a period of 3 years.

Shortly after, it emerged that Kochalle, a former MP, passed away in 2018 while serving as a member of the same Board that Mucheru has re-appointed him to.

On Friday, Mucheru issued a fresh gazette notice on the appointment of Board members of the Ezekiel Mutua-led Department, replacing the deceased’s name with his wife Charity Kochalle.

According to Kochalle’s obituary, his widow’s name is Charity Kochalle, the same name published in Mucheru’s new gazzette notice. 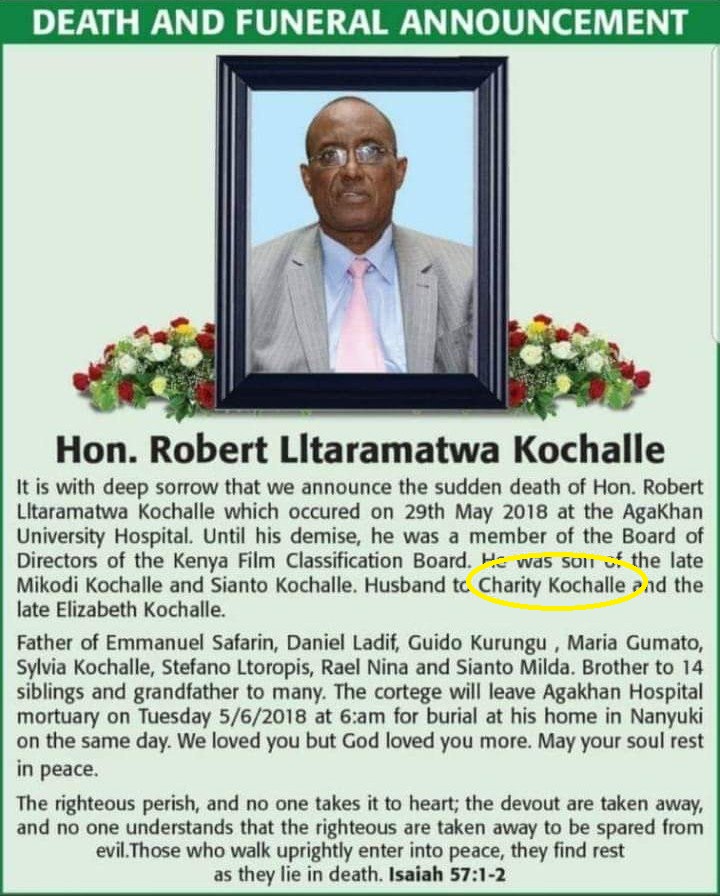 Mutua had earlier on come to the defence of Mucheru, terming the reaction by citizens and leaders as exaggerated.

“It was not CS Mucheru’s mistake at all as the conversation started when KFCB was under under Ministry of Sports & Culture,” Mutua wrote in his boss’ defence.

Small issue being blown out of proportion. The Board presented the notification to the Ministry for replacement and inadvertently he was reappointed. It was not CS Mucheru's mistake at all as the conversation started when KFCB was under under Ministry of Sports & Culture. pic.twitter.com/0e46d33awc

The ‘erroneous’ appointment is still a trending topic of conversation on social media, hours after hawk-eyed Kenyans observed the outrageous mistake.

Most have wondered how Mucheru, in his ICT expert capacity, failed to note the embarrassing mistake.

The Late Kochalle’s appointment also brought forth the conversation on government non-existent workers, with concerns being raised that the appointment of the deceased might have been another ghost-workers scheme to rip-off taxpayers.