Murkomen had accused the committee behind Kimwarer dam cancellation of lacking ethnic and regional balance observing that they came from one particular community.

However, DP William Ruto who had in the past been so vocal against the alleged misappropriation of money meant for Arror and Kimwarer dams did not utter any word in support of the senator’s claims.

Ruto’s move to remain silent over the cancellation got the attention of Twitter users who took to their accounts to mock the second time senator of lacking support from his boss DP Ruto. 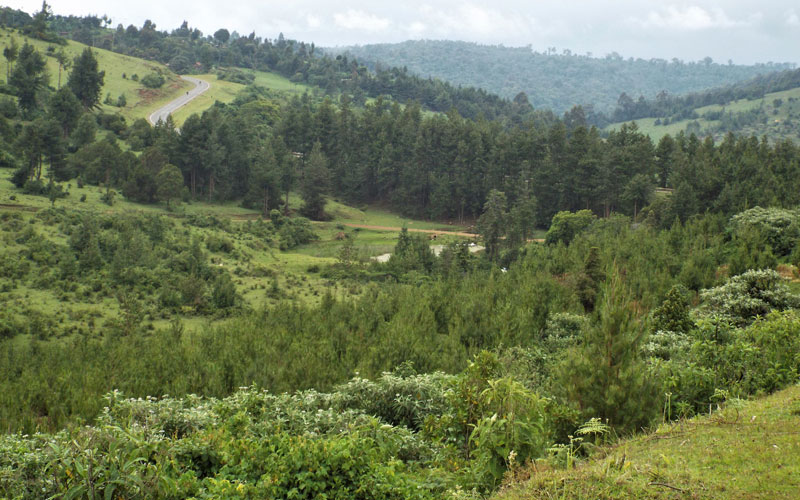 Many insinuated that the senator had been betrayed by Ruto and should remain quiet as well while others were of the opinion that distractors of William Ruto had sponsored the already trending tag #RutoSnubsMurkomen to cause confusion in Ruto’s camp.

Do you people know where the DP RUTO and @kipmurkomen have come from.

There cannot be a drift between them. Tuende Canaan turudie bethlehem, tupige kelele hadi Arror near kibra, Ruto will be president and Murkomen by him. #RutoSnubsMurkomen pic.twitter.com/OlYh3sIaA0

@Sam_Lulli 4h4 hours ago
But think about it guys, what would you have done if you were the DP, I mean he wants the Kamwarer Dam project to continue and also to have President Kenyatta endorse Mariga to make a point at Kibra… He had to sacrifice one of the two! #RutoSnubsMurkomen

Interesting Times when Keyboard Warriors are Payed to destroy the bond Between Dp Ruto And Sen. Murkomen. The Bond between the Two is Unbreakable. Murkomen is loyal and a Man who keeps his words. Murkomen questioned the President decision as A Sen@WilliamsRuto #RutoSnubsMurkomen pic.twitter.com/7I1aUbajEf

After the Kamwarer Dam cancelation, the only ninja resisting, ranting and trying to stop reggae is Murkomeno, even his boss, Tge DP has gone all mute🔇🙈#RutoSnubsMurkomen

When I am having a serious meeting or engagement with some people and my 2-yr-old boy comes nagging me for a pen or keys or anything harmless, I usually give him just to deflect his attention #RutoSnubsMurkomen

I really do not care about these two guys but it’d be interesting to see one betray the other three years to the 2022 general elections. #RutoSnubsMurkomen

#KOTLoyals whoever sponsored #RutoSnubsMurkomen is a genius to have caught these loosely hanging scrotum in DP Ruto camp. It is unfortunate that @Chepkut_William
has resorted to underhand approach to the Rift Valley politics in order to get hustler's attention 🙄#mbelepamoja

#RutoSnubsMurkomen Murkomen should know that Ruto is a chameleon and at the same time a spider. He can change anytime he wants and can sting you at anytime….he will dance to the tune that sings well to his egotistical desires. #KOTLoyals

The bond between Murkomen and Dp Ruto is strong thank that of the Dp with his boss. They are long time buddies. Ignore 👉 #RutoSnubsMurkomen pic.twitter.com/hc3gS5osbu

You do not fight the cancelation of the project by your boss na bado unataka the same boss a-endose your candidate uko Kibra, you've got to sacrifice one. Does that relate brother? 😁#RutoSnubsMurkomen https://t.co/IEhQVc7YLt

#RutoSnubsMurkomen Leo wamekosa what to say about @WilliamsRuto. Listen up, the hustler is unstoppable,…
sorry he can be stopped but not with these shallow minds called Kieleweke, surely how on earth do you expect Raila to stop him? 😂😂😂😂