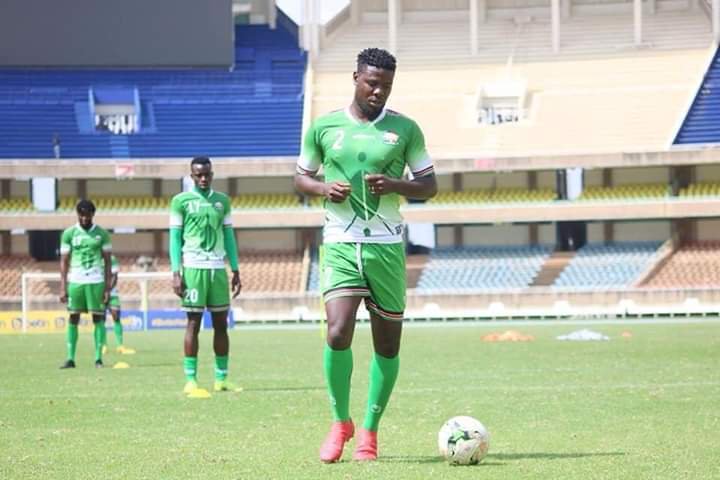 Football fans give mixed reactions regarding Allan Wanga’s shock retirement from international duty. Wanga, who has represented Kenya for 12 years, surprised many on Monday morning when he retired from  Harambee Stars.

The 33-year-old mentioned in his letter dated 8 July 2019 that he will now dedicate his time to his club Kakamega Homeboyz where he plays as a striker and Kakamega County where he is the Sports department officer. 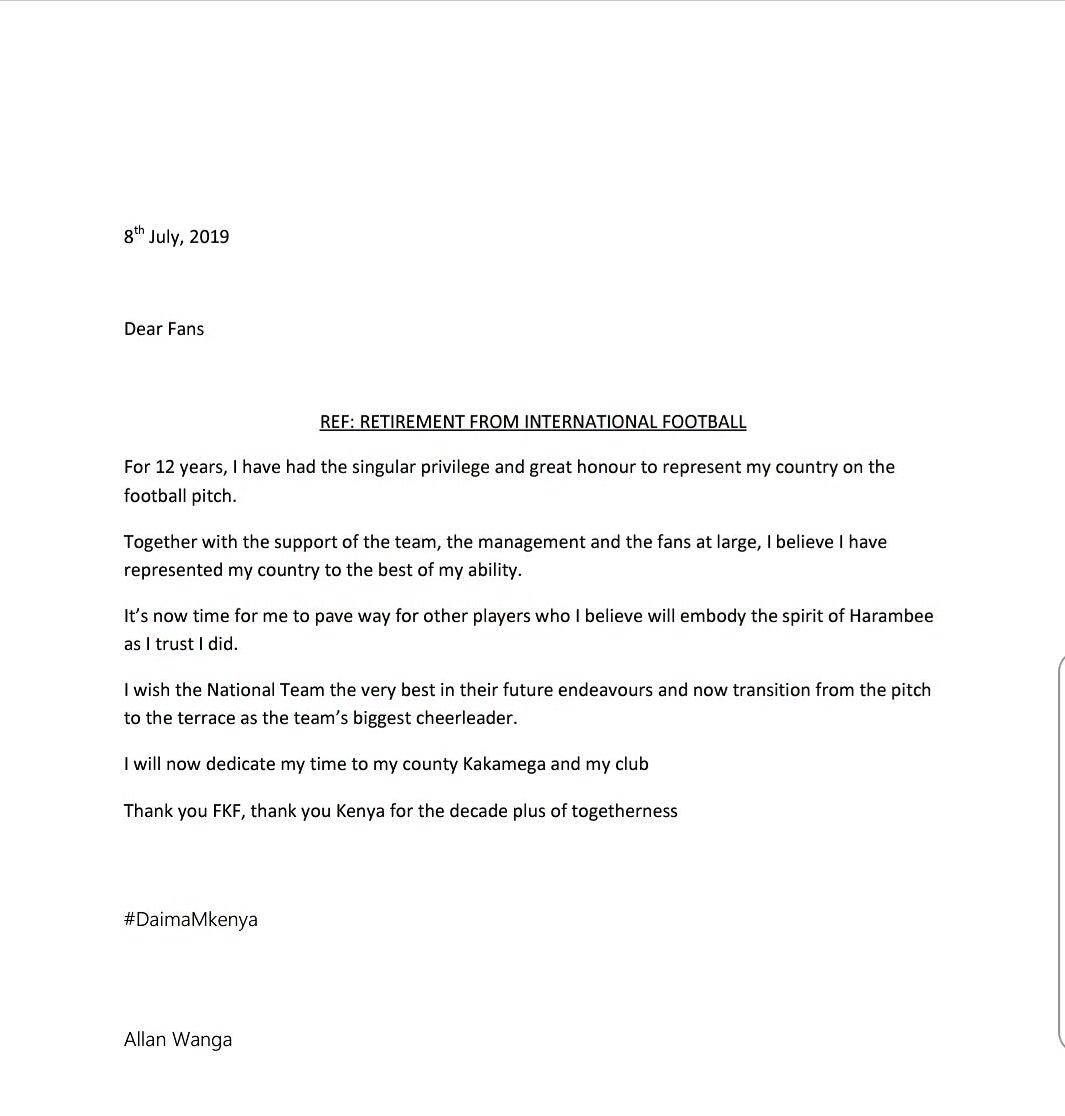 His retirement has come a few days after Harambee Stars were bundled out of the 2019 African Cup of Nation tournament, a tournament that the head coach Sebastian Migne failed to include him for.

Some fans have lauded his decision and wished him all the best in his future endeavors;

Good luck to him

Wanga has become of age,I think it has dawned on him that he’s no longer productive,the best place for him is to be a club coach

Bro , I think you are looking at things from the negative angle . @allanwanga_ is one of the great players this country has produced , but he is not the team. His heydays are long gone, let him support the young talents

But @MikeOkinyi there is time for everything. I just look forward to Allan Lwanga move with speed and start a program like Musa Otieno. Teacher kids professional football.

@AllanWanga_. Thank You for your service to this country. I appreciate your patriotism and commitment in representing Kenya. @KHomeboyz

A section of fans, however, have blamed Harambee Stars head coach Sebastian Migne for Wanga’s retirement.

I support you…👏🏿👏🏿👏🏿!
How can the coach snub you on a major event and call you for a inconsequential tournament👍👍

Big mistake. He should have been in Cairo.
Him and Jesse Were. It's okay am crying
over spilled milk but that's the truth.

Why are we still glued to Migne while cranes fired fantastic coach??

Wanga made his international debut for Harambee Stars on 27 May 2007 in a friendly match against Nigeria. He scored his first international goal in a 2-1 loss to Tanzania in the 2007 CECAFA Cup.