Arsenal fans are fuming after the shocking message and warning that Giroud sent to his former club. The player, who scored one of the four goals that sealed Chelsea’s victory over Arsenal, decided to let Arsenal know exactly how he feels about the game.

Indeed, the Gunners lost the game after Eden Hazard scored a second-half brace between Pedro’s goal and Alexander Iwobi’s response for the Gunners.

But it was Giroud, who joined from the Emirates last season, who got Chelsea going after 55 minutes.

The Frenchman headed in a low cross from Emerson to open the scoring. His strike helped the Stamford Bridge side to their first Europa League win in six years.

And footage has emerged of the 32-year-old celebrating – but keeping his former side in mind.

In the clip, the squad are on the bus back to the hotel in Baku.

Jorginho is filming the party as they enjoy the Europa League trophy.

And everyone is cheering while the music plays loudly. The celebrations are led by Giroud, who is holding the trophy in the aisle.

When he spots his team-mate filming, the forward has a message for his former side.

This leaves his team-mates in stitches. 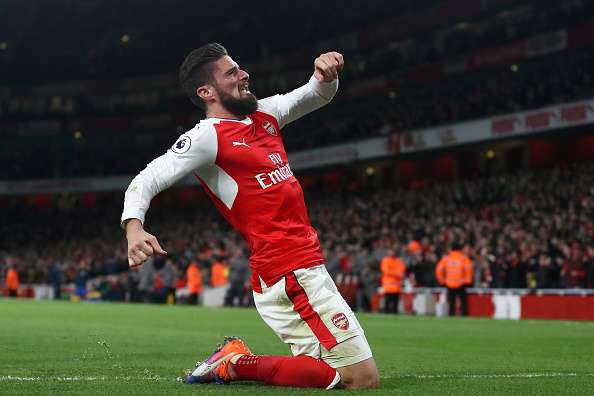 And the Blues faithful loved this cheeky dig at Arsenal.

“Olivier is savage,” one supporter said.

Another commented: “Giroud is actually too much. While a third suggested the Frenchman’s attitude had changed.

“He bleeds blue now,” they said.

And fans were in stitches at manager Maurizio Sarri for what he did on the pitch at full-time. The hot-headed manager through a middle-finger to all of his haters.