Popular Kenyan Comedian Eric Omondi has left most of his fans hanging after posting a message insinuating that it over between him and his long term Italian-Kenyan girlfriend, Chantal Grazioli. 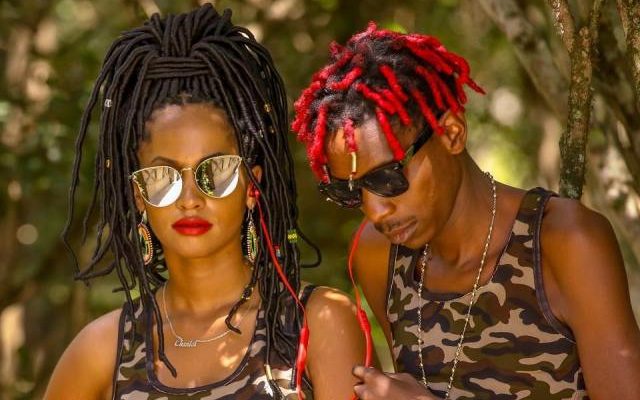 Eric Omondi was well aware of the fact that he had punched above his weight class and something had connected. He did more than most boyfriends to let his partner know he was happy to be with her.

Above all Eric made memorable moments to Chantal and the world at large;

1. He got her new BMW for Valentines Day

Eric Omondi took romance to another level when he bought his girlfriend a BMW X6 car.

He chronicled the entire purchase as he gifted his wife to be her new car. Well, Kenyans are asking if Chantal will give back the car?

2. He got her a “welcome home” billboard

Being the man who never shies off from surprising his woman, Eric chose to put up a billboard with a special message to Chantal on one of the roads leading out of Jomo Kenyatta International Airport. It was a nice way to show her how much he missed her.

4. Had a welcoming flashmob organized to welcome Chantel back into the country

Wow! Now at this time Eric took his love to another group and went to the extent of hiring a dance group to welcome Chantal home. Nothing lets her know how much you have missed her quite like hiring an awesome group of dancers to gyrate their sweaty bodies at your woman.

3. Did a Princess themed birthday party for Chantal 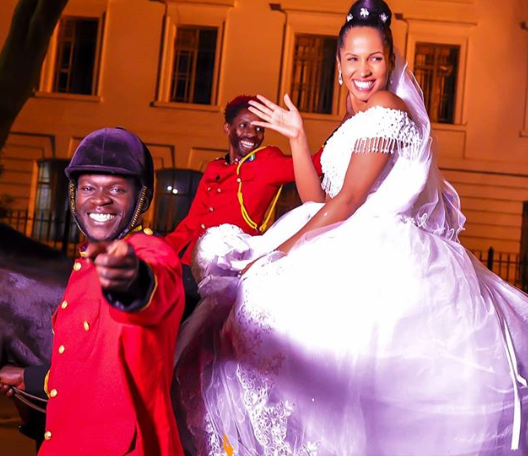 During Grazioli’s birthday, the two celebrated in style which had her wear a white wedding dress and Omondi as a prince to mimic the just concluded Royal Wedding.

He posted something about wanting to be a prince and realizing God has blessed him with a princess so he decided to throw Chantel a princess themed birthday party. Hold on, let me fetch my eyes, they rolled so hard they are currently on the floor.

I WILL MISS YOU. I met you when you were only 19…I have known you for 4 and ahalf years…Shared and created some of the best moments in life with you. You changed my life COMPLETELY…As you move into your new phase in life with or without me I want to wish you all the best My Love❤️…The paths that brought us together are now facing different directions and as you move on in your path I WISH you the BEST life has to offer. I PRAY to GOD ALMIGHTY that he MAY keep you🙏🏽🙏🏽🙏🏽…MAY he lead you.. May he watch over you…I want to let you know that I will always be here for you ANYTIME, EVERYTIME. As you fly away my Love❤️ May you glow, Shine like the Angel that you are. I WILL MISS YOU😰 Every moment…Every Single moment. You are the best thing that happened to me!!! Na kwa wale wadau wadaku, Chantal and I are okay. We were friends long before we were lovers and our Friendship stays for life. And to those young Men and Women who prefer to take each others lives at the end of a relationship, let this be a LESSON to you all. You do not own a person and it doesn’t always work out. Anyway guys have yourselves a blessed day and remember to wish Chantal a HAPPY BIRTHDAY this coming Friday. BLESS🙏🏽. @miss.chanty