Giant software firm Opera Software has announced that one of the latest products, Opera News has now reached 17.4 million downloads in less than one year since it was launched in January 2018.

Opera News, is a new AI-powered news application which enables people to access their favorite news articles and hottest trending videos. It also serves as a powerful recommendation engine designed to keep you on top of all the things you love to read and watch.

In it is first six months, the app reached 10 million downloads and now Opera predicts that it will be at 20 million during new year. 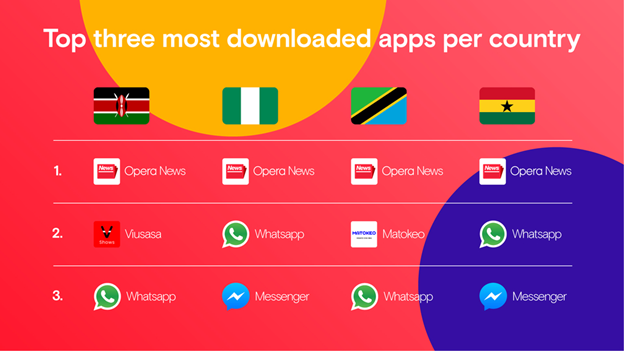 The news app experienced a spike in downloads after an update that included a football World Cup channel and other football-related features. Opera News is also available inside Opera’s mobile browsers, reaching more than 90 million people in Q1-18. The third quarterly report has revealed that the number has now increased to 17.4 million downloads.

Already the most downloaded app in Africa, the app has gained a lot of popularity due to its ability to provide entertainment and information at the same time. The app saves up to 80 percent of mobile data, allowing users to read more and watch more videos while consuming less data.

Opera news was  recently awarded as the best marketing medium in the Digital Online by the Marketing Society of Kenya (MSK). This after their popular Shake Campaign went viral during the FIFA world cup.

The campaign rewarded users with cars, mobile phones, shopping vouchers and points which could be redeemed for airtime and data.

Nine out of the top 20 Opera Mini (the company’s Web browser product) user countries are from Africa. Opera News was created not to be burden on the user’s phone and save storage space on devices. The app was also apparently built to be low on mobile data consumption, even when users watch video.

Users are able to download news pieces while using public WiFi and read the stories offline later when they do not have access to the Internet.

Opera News is available to download from the Google Play store, and supports 16 languages.