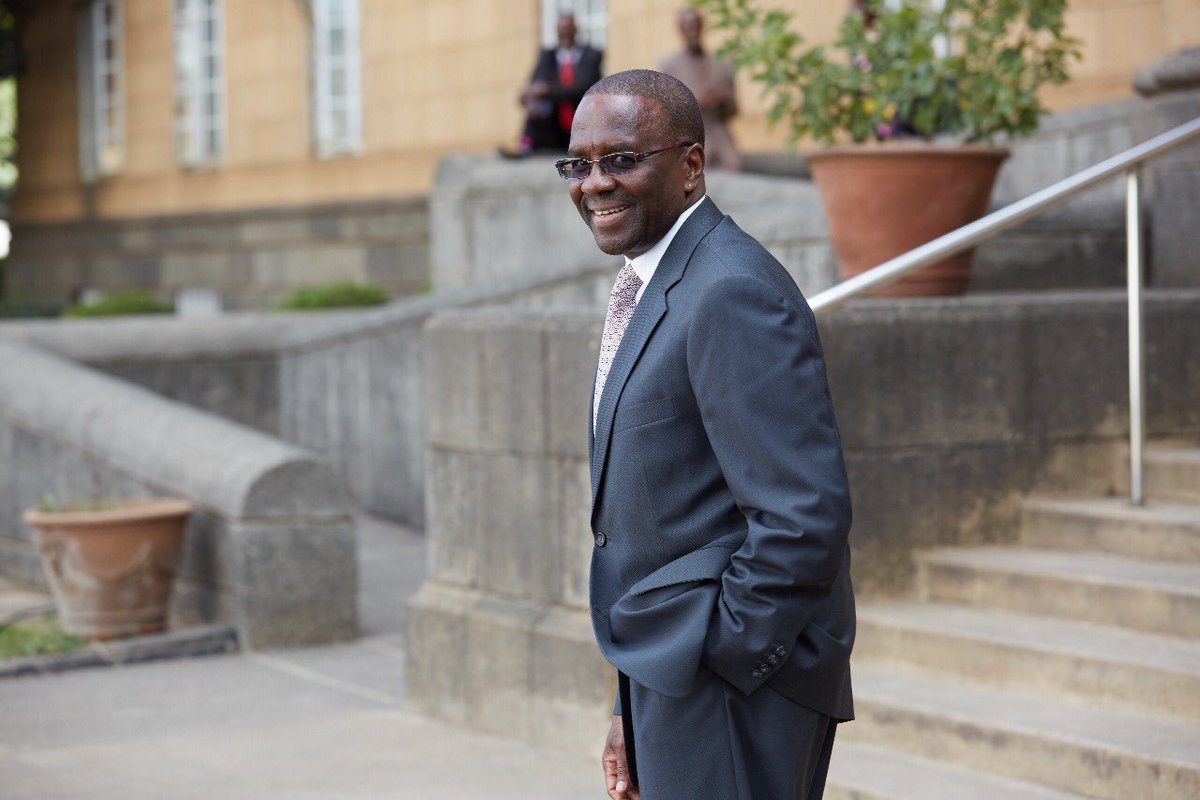 The former CJ had posted a photo of himself outside the Supreme Court of Kenya grounds in which he had posed in a full suit.

In an entertaining fashion, the former president of the Supreme Court summarised his tenure at the helm of the Judiciary cautioning his followers that government jobs don’t last.

Translated, Dr Mutunga’s post conveyed,”A suit is just another item of clothing to cover nakedness. In this photo, I was working in the Judiciary and I was forced to wear a suit and tie.

“I wore the tie until I gave up and left. Government jobs have an expiry date and that’s an order from the Almighty God,” the loosely translated tweet stated.

The former CJ’s followers were impressed with his fluency in sheng and went on to commend him.

Fred Wanyama replied, “You @WMutunga are the man. Perhaps the best CJ our country will ever have. Sheng nayo!”

Political analyst Benji Ndolo agreed with one of the commentators who noted, “Huyu mzee @WMutunga anachafua sheng mbaya (This old man is killing it with Sheng).”

Some netizens who attempted to launch political attacks on Dr Mutunga were met with hard tackles from his fans.

Here are some of the comments that were shared.

Tena sana mpaka am thinking someone has hacked into his account