A renowned political activist in Nyeri, Joan Muthoni, was stabbed to death on Wednesday night under unclear circumstances.

According to reports, the activist was stabbed several times by a man believed to be a business partner who also alleges to be her husband.

The suspect is said to have later on surrendered to the police at Nyeri Central Police Station.

Nyeri Central OCPD Paul Kuria confirmed the unfortunate incident although the identity of the attacker is yet to be released to the public.

She was rushed to Nyeri Level Five Hospital where she was pronounced dead on arrival.

“She was pronounced dead on arrival at Nyeri Referral Hospital. The suspect is being interrogated before being taken to court,” the OCPD was quoted. 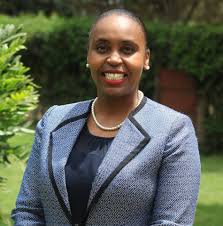 Another man who claims to be Muthoni’s husband, Mugambi Mathai, indicated that she had confided that there was a person who was threatening her.

According to Mugambi, the activist wanted to move from Kamakwa to another part of Nyeri Town due to the threats.

Muthoni, a mother of three, was a regular feature in political rallies within Nyeri county.