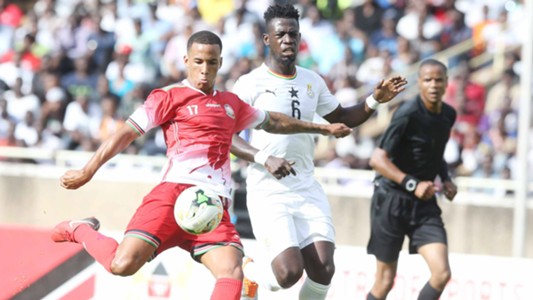 Head coach of the Black Stars, Kwesi Appiah has refuted claims his players underrated Kenya following their 1-0 defeat in a 2019 Africa Cup of Nations qualifier over the weekend.

The Harambee Stars pipped Ghana by a lone goal at the Kasarani stadium in Nairbo following Nicholas Opoku’s own goal in the 40th minute to throw Group F wide opened.

After the stunning defeat, Coach Appiah has come under lots of flak for his selection and approach to the team amid claims his players disrespected their opponents. “We did not underrate Kenya at all, we just paid for our mistakes. There were chances we created especially in the first half and we did not take them,” he is quoted by Goal.

“This was not what I expected from my players, they did not play in a level they should. Kenya had I think one chance and they utilized on it.

“Well, I still believe that we have a chance of making it to the finals for sure, we just have to bounce back from this lose and focus on the upcoming matches.’