IDEMIA Identity and Security France SAS, formerly known as OT Morpho, has formally filed a substantive Judicial Review motion at the High Court in Nairobi further seeking to quash a recommendation by the National Assembly against the firm.

The filing of the motion early Friday follows the granting of leave to sue the National Assembly that was allowed by Justice John Mativo on Monday.

In his ruling, High Court judge John Mativo said no show of threat will be caused if a stay is granted and the Directorate of Criminal Investigations (DCI) has a duty to investigate the company. “I find and hold that circumstances of this case do not warrant a stay,” he said.

Last week, Idemia which was controversially awarded Sh6.8 billion to supply Kenya Integrated Election Management System (KIEMS) kits in the 2017 General Election, sued the National Assembly after MPs recommended that the company be barred from conducting business over its alleged role in procurement malpractices at the Independent Electoral and Boundaries Commission (IEBC) before the 2017 elections.

MPs recommended that it should be blocked from doing business in Kenya for 10 years.

The firm wants the court to declare the report by the Public Accounts Committee (PAC) in breach of its rights.

According to the French firm, the report, recommendation and decision is against the  Fair Administrative Actions Act, 2015.

However, the firm could be blacklisted from future transactions with Kenyan institutions.

The Judicial Review application, the firm says, is based on the grounds that IDEMIA is a globally reputable firm that stands to suffer reputation and business loses arising from the National Assembly recommendations to the Directorate of Criminal Investigations (DCI) and the Office of the Director of Public Prosecutions (ODPP). 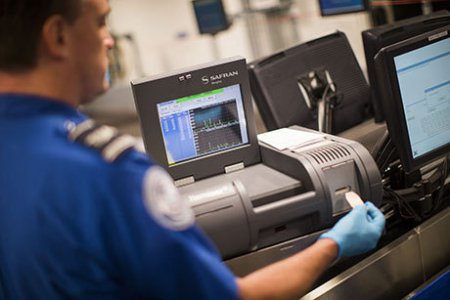 The recommendations, IDEMIA indicates are against the Fair Administrative Act, as the supposed investigations and subsequent criminal prosecution by the DCI and ODPP are meant to justify a preconceived outcome – which unfair administrative action the Court must curtail.

PAC chaired by Ugunja MP Opiyo Wandayi had found the French firm to have operated in the country illegally as it was not registered when it went into business with the government, contrary to the Companies Act.

The controversial French firm has within 3 years changed names from M/S Morpho to OT Morpho then Safran Identity and Security and is currently known as M/S IDEMIA.

In February this year, the firm’s senior vice president Olivier Charlanes told the PAC committee that Kenya had received value for money by procuring and deploying IDEMIA systems.

He declared: “As a company, we have no doubt that we dutifully provided a robust system to IEBC, as part of our corporate commitment to empower citizens to vote in ways that are now possible in a connected environment.”

IDEMIA operates from over 180 countries and has a longstanding presence in Africa including Kenya.

Since 2008, the company has provided the Kenyan Police with a criminal Automated Palm and Fingerprints Identification System (APFIS) and in 2012, the company delivered a biometric voter registration system to the IEBC in the run-up to the General Election in order to support IEBC building a secure and accurate electoral roll.

During the probe, the management of IDEMIA admitted that the firm did not have a local representative after the committee served the head office in France