Will Kenyans finally beat the deadline and register for the Huduma Namba after the latest extension by President Uhuru Kenyatta?

A good number of Kenyans were yesterday caught up in a last minute rush as they strived to beat the deadline. This led to long queues throughout the day.

Uhuru’s extension comes at a time when the  Law Society of Kenya (LSK) accused the government of contempt of court following reports that those that fail to register may be denied State services.

Interior Cabinet secretary Fred Matiangi had warned on unspecified consequences for those that fail to obtain the National Integrated Identity Management System (NIIMS) number, commonly known as Huduma Namba
“Just like we cannot force you take a pin at KRA but be smart enough to know…,” he warned during a press briefing on Monday.

If that is what you prefer…to be making trips to an office, five, six times because nobody can guarantee you they are going to get a document in a day or two or three…that is your choice. That is why we are advising people in a very diplomatic and sensible way to go and get one.”

It is on that background that long queues were witnessed across the country as desperate Kenyans rushed to beat the May 18 deadline, over fears they might not get government services.

On Monday, the government vowed it would not extend registration time and warned those who fail to register may endure challenges accessing State services.

A spot check at registration centres showed a reminiscent of queues witnessed during general elections — with some snaking a few hundred metres.

Former Head of State Moi, who registered at Kabarnet gardens Nairobi, went through the formalities of the exercise in the company of ICT Cabinet secretary Joe Mucheru. Also present was his son and Baringo Senator Gideon Moi.

In Nairobi, the Huduma Centre at General Post Office (GPO) witnessed the largest turn-out.
While in Kisii registration officers were overwhelmed by the numbers and sought the support of the guards and clan elders to control the public to make the exercise smooth.

The situation was the same in Mombasa, Kisumu and other major towns where long queues and commotion marred the exercise as people rushed to get listed.

And in statement to newsrooms, the Law Society of Kenya insisted that registration for Huduma Namba is not mandatory and that the government should not force any one to acquire the number.

LSK President Allen Gichuhi said no one should be denied any government services for failing to register. He said registration should be an ongoing process and not have a deadline.

He vowed to challenge any punitive moves Kenyans may face for not registering for the Huduma Namba. 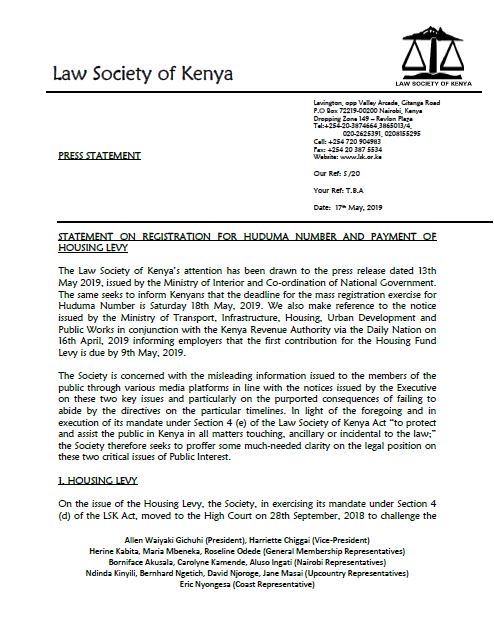 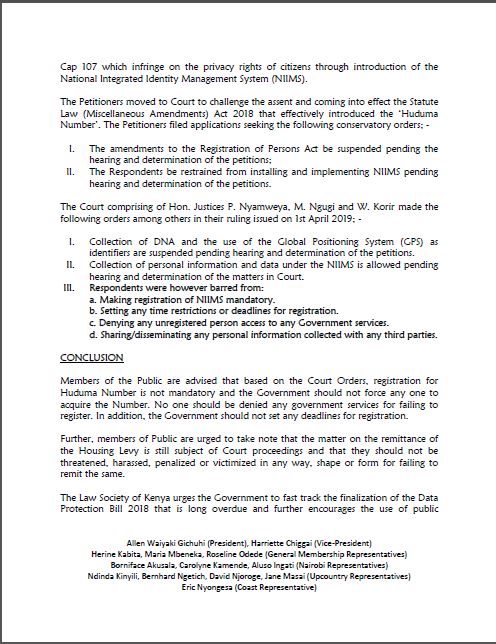 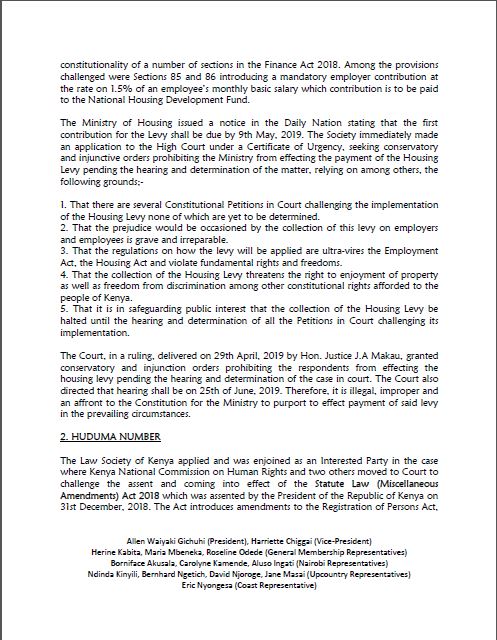 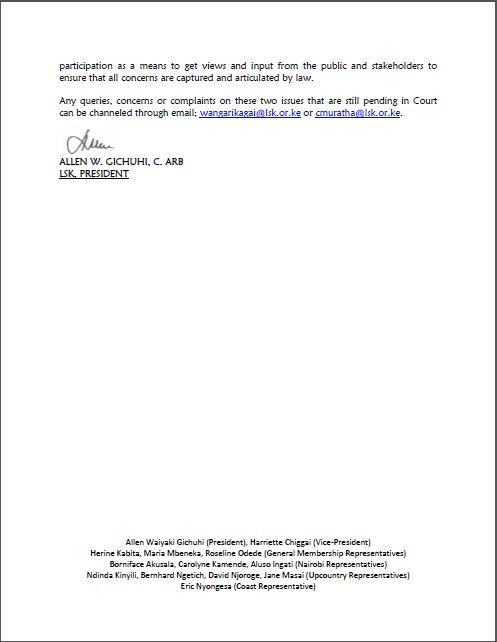