Yesterday in Turkana, DP William Ruto went to inspect the MOGILLA ( NASIKIRIA) DAM WATER SUPPLY PROJECT. He spoke about the importance of the project and had an interaction with residents

As he flew back, about 30-40KM from where the Dam is being constructed he spotted some homes on a large plain field, that is between Turkana West Constituency and a neighbouring country.

It is at this point, where he met the families of Mr Ekomolo and Mr Ekebe Lowoos. It was unplanned and completely impromptu.

That is not even important.

1. The two men and their families could not speak Swahili.

2. So obviously, the Governor and Local MP turned translators.

3. One more thing, they did not know who Ruto was. The Governor and Local MP explained to them he was a big man. A Deputy President.

They did not know of such a post. So they were quickly taught who a President and DP are.

4. Then a conversation started. First, they did not have an ID, so do not even ask about Huduma Namba.

5. They did not have water. They told Ruto who spoke to them via translators that two members of the household had gone to fetch water near the Nasikiria Dam (30-40km) away – a journey that took a day.

That alone validated the importance of the water project being done by The Rift Valley Services Board.

They also mentioned they do their shopping in a nearby shopping centre, a journey made once a month.

” Our interest is not the ID, or school,” They told the DP, “The nearest school from here is 6 hours away, it is impossible to take these children to school.”

“Our focus is to live, to love each other and to ensure our children and families are protected, if we only got water at a closer place, we would be very happy and that would solve all our problems” 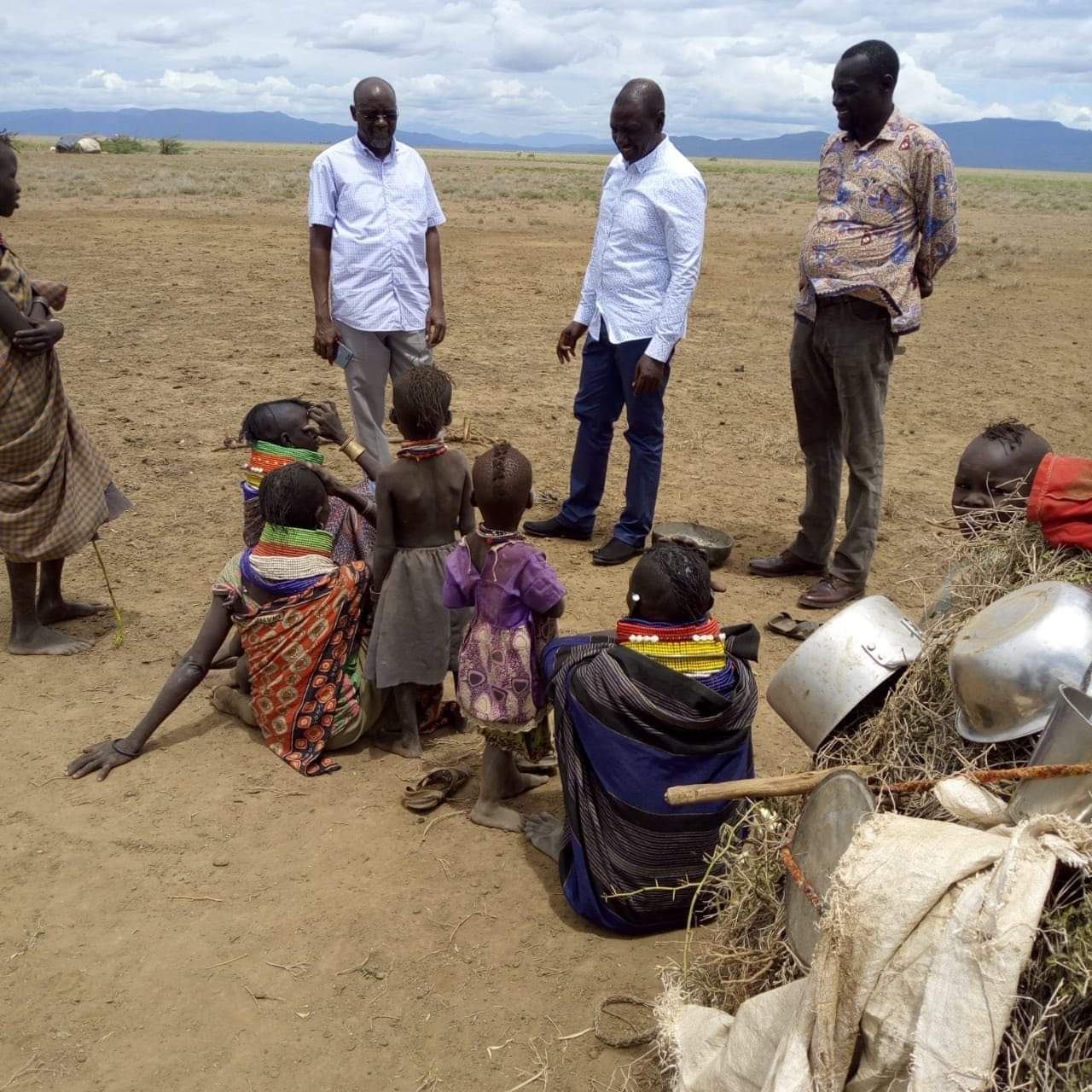 1. DP explained to them a solution was being constructed through the Water project, that would ensure water was piped to their households.

2. DP explained that the dam, would take sometime to build.

3. As an immediate measure, DP got Rift Valley Water Services Board to agree to advertise for three water boreholes in the area to ensure that residents get water.

4. He asked the MP and Governor to seek solutions to the issue of school and he would assist them achieve the dream of a school that would secure the future of the children he interacted with and others.

5. He gave the families some money to use for shopping.