Away from the mucky political scenes and on Wednesday, drama and confusion surrounded the Kenya Prison’s Service after President Uhuru ordered the removal from office of the former Kenya Prisons Service Commissioner-General, Wycliffe Ogalo unceremoniously.

Kamiti Prison Commandant Charles Mutembei was neither spared as he was also arrested by the Anti-Terror Police Unit detectives after three convicted terrorists controversially escaped from Kamiti Maximum GK Prison on Monday.

It was a daring escape that took the nation by surprise, coming in the wake of three successive terror activities in our neighboring country Uganda. 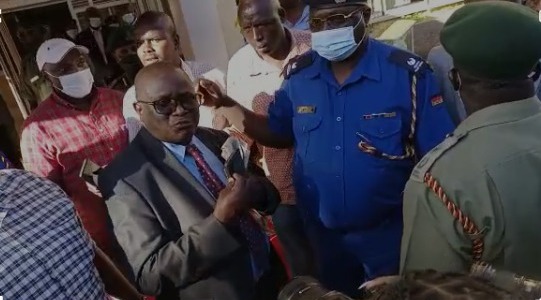 However, it was Ogalo’s sacking that seemed to have irked a number of leaders allied to the ODM party, who felt the decision was not well informed.

Preliminary investigations suggested the escape from arguably the most secured maximum prison in the country was abetted by laxity and incompetence, but the investigating officers have not ruled out an inside job between the prison’s officers and the dangerous convicted terrorists.

Do you think the escape was just an unfortunate break free or a well-planned inside job between the officers and the three terrorism convicts? 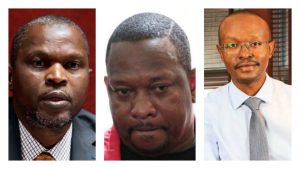 Hours after the judge was interviewed on KTN news Kenya, former Governor Mike Sonko has released yet another leakage exposing the Judge of the High Court.

In the new leakage, Mike Mbuvi Sonko is heard talking to the alleged brother of judge Said Chitembwe about High Court judge Muchelule. Drama was witnessed in Meru county yesterday after an aspirant politician was forced to borrow a loan to compensate for the money that disappeared into the thin air minutes after Deputy President William Ruto handed it over.

Igembe North parliamentary aspirant Eng Justus Kagwima was reportedly forced to get a bank loan of Sh300,000 to cover up for Ruto donation, to traders in Mutuati, that went missing. It has emerged that members of the One Kenya Alliance on Wednesday convened a meeting to chat the way forward ahead of their weekend-long trip to Deputy President William Ruto’s Rift Valley region.