Even as the week nears the edge, the hunt in the vote-rich Mt Kenya region continues in earnest. Latest to be treated to the luncheon on Thursday afternoon by the Mt Kenya Foundation was the One Kenya Alliance Principals.

It is here that the principals took turns to woo a partnership with the Foundation members, asking for an equal opportunity to campaign freely in the Mountain region. 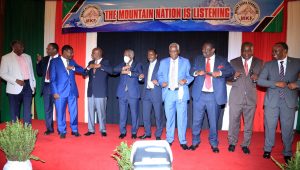 However, the Mt Kenya Foundation group was forced to come out and declare they don’t have a favourite presidential candidate even as OKA principals continued knocking at their doors.

Consequently, the expanded OKA team vowed to defend the interests of the region if supported by the group in navigating the muddy waters in their quests.

The region is expected to have a total of ten million votes ahead of 2022, something that has made it a hot cake for all aspiring candidates. Do you think the OKA principles stand a good chance of being endorsed by the group or they are just flower girls being prepared for the groom Raila Odinga? 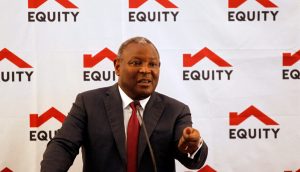 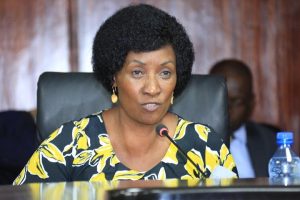 Parliament has hinted at a possible review of the mandate of the Teachers Service Commission to clip its regulatory powers.

The National Assembly Committee on Education wants separation of powers, with the TSC only being the employer and a different entity as the regulator. 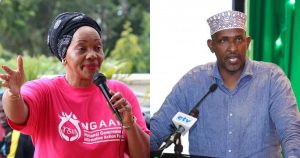 Lawmakers were discussing the rampant insecurity in the northern part of Kenya, and when Duale rose to speak, he accused Buyu of shouting him down.