Back in 2004, Arsene Wenger and his Arsenal team were  in the peak of their powers and had just made history by going an entire League season unbeaten, a record that still stands today.

However, as all good things do, the run was brought to an end by Manchester United at Old Trafford in what was the 50th game of this amazing run.

A highly charged match at the Theatre of Dreams was all square until the 73rd minute when Wayne Rooney won a penalty that was converted by Dutch striker Ruud Van Nistelroy. Rooney finished off a brilliant move to seal a 2-0 win but the action was far from over.

Arsenal players were angry at what they termed as being treated unfair on the pitch and the arguments went all the way to the tunnel at full time.

Words were being thrown, fists flew and the Old Trafford tunnel momentarily became a battle field until one Cesc Fabregas decided to win the battle for his team.

The young Spaniard who had only just signed from Barcelona threw a Pizza at the then Manchester United manager Sir Alex Ferguson. 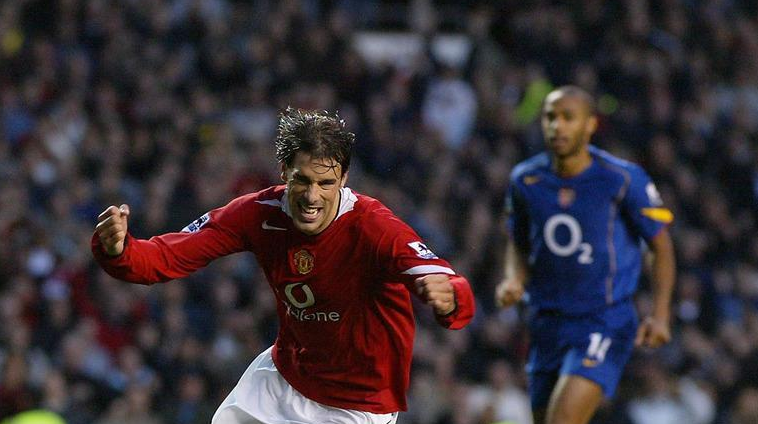 Immediately all the bodies in the tunnel saw the pizza on Ferguson’s face, fighting stooped and everyone went to their respective dressing rooms.

Fabregas admitted to the dastardly deed in 2017 on an episode of Sky’s A League of their Own but the midfielder has now come forward with his side of the story.

“The way it happened we felt a little cheated you know because we didn’t deserve to lose to that game we were upset and there was a little bit of a fight,”  the former Arsenal  midfielder told BEin Sports.

He picked up a pizza and threw it to the Manchester United players and it fell on the last person he would have wanted.

“I found out later it touched Mr Ferguson and I apologized already publicly and I’ll do it again,” he said. “It wasn’t intentional it was a moment that just happens.

“I was young, I definitely wouldn’t use a pizza now, I would get straight in there now!” He concluded.