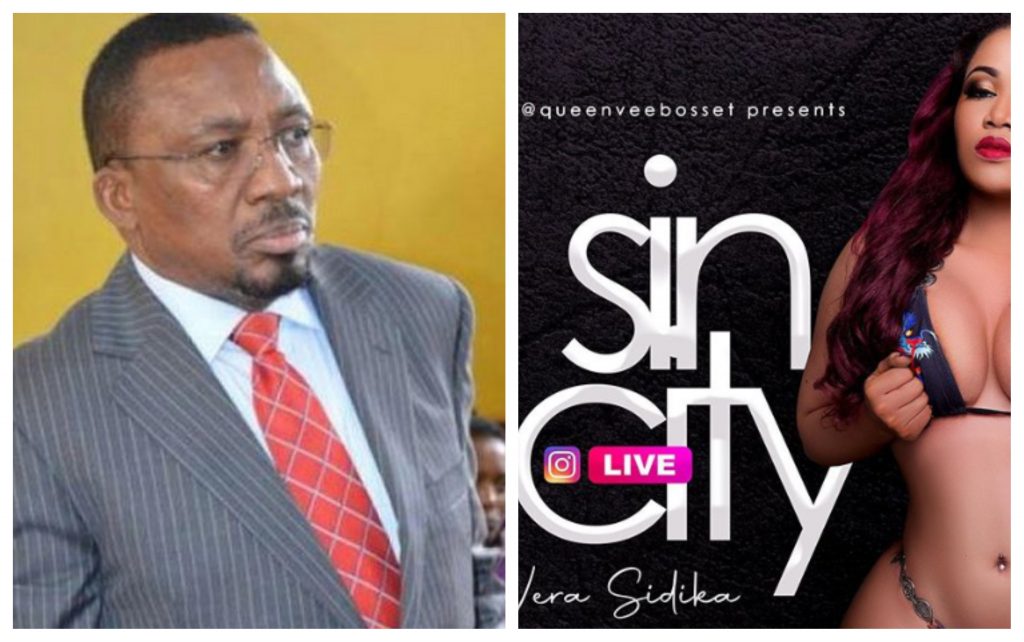 Popular televangelist Pastor Nganga shocked Kenyans after he was allegedly spotted on Vera Sidika’s debut Sincity show. The show was aired live on the socialite’s Instagram page and attracted thousands of Kenyans.

During the show, Vera Sidika was heard giving a shoutout to the pastor as she acknowledged his presence to her fans. From a screenshot that is currently making rounds on social media,  the pastor is believed to have commented during the show stating that the video was nice and deserves more views.

This might have raised brows considering that it is pretty clear that some of the things that were expected during the show; like twerking and ‘nudity’ are considered immoral by the church. 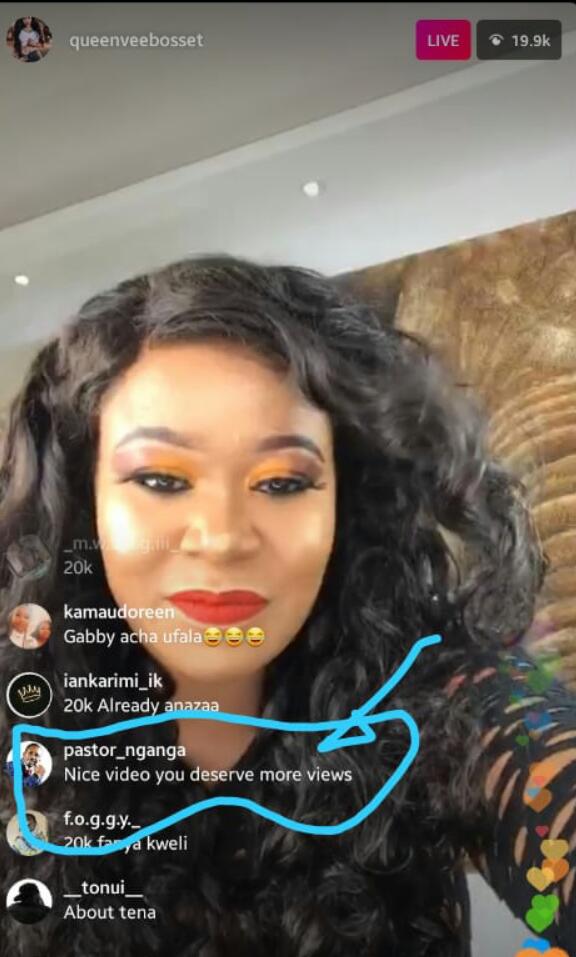 Despite Vera confirming to her fans, it is still unclear whether Nganga’s official Instagram page was the one used to stream the show and whether he runs his own accounts. The pastor has on several instances been a victim of social media misrepresentation considering that there have been multiple parody accounts purporting to be the pastor.

In the most recent incident, reports claimed that the pastor had joined weed lovers on twitter in the 420 celebrations after he sent wishes and even advised fans to smoke responsibly. These tweets were however from a parody account.

Beyond these recent claims, the pastor is not new to controversy and has severally engaged in online fights with celebrities who might have crossed him.

In another incident, the same Instagram account was used to send a warning to a Gengetone artist Benzema who said that the pastor has not been able to con people amid this pandemic and he should open an online church.

Check out the screenshot. 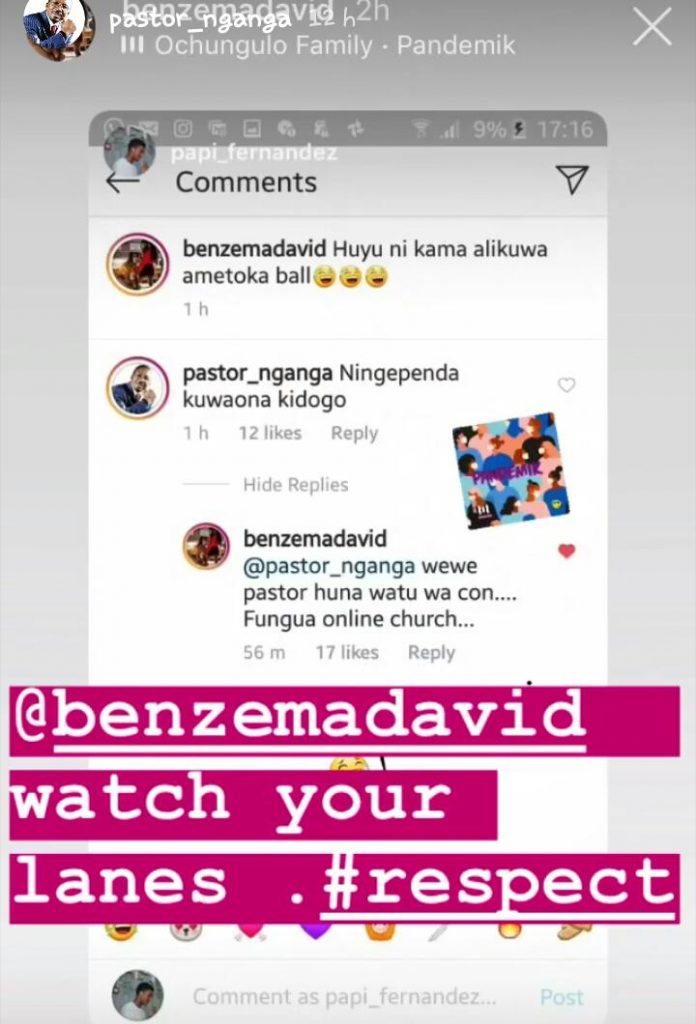