Hours after the country was thrown into deep mourning, following the death announcement of one of the country’s legendary writers, Ken Walibora, politicians from across the divide, have joined hands to mourn the fallen hero.

The renowned linguist, author and a journalist lost his life after being knocked down by a matatu on Landhies Road on Friday last week.

The author had been missing since Friday and it was only until Wednesday mourning when his family announced that his body had been found lying at Kenyatta Nationa Hospital mortuary.

Walibora was one of Kenya’s most prolific authors, with nearly 40 book titles under his belt. Among the books that made the author famous includes; Siku Njema, Kidagaa Kimemwozea as well as Ndoto ya Amerika which were all used as a set books in Kenyan secondary schools. 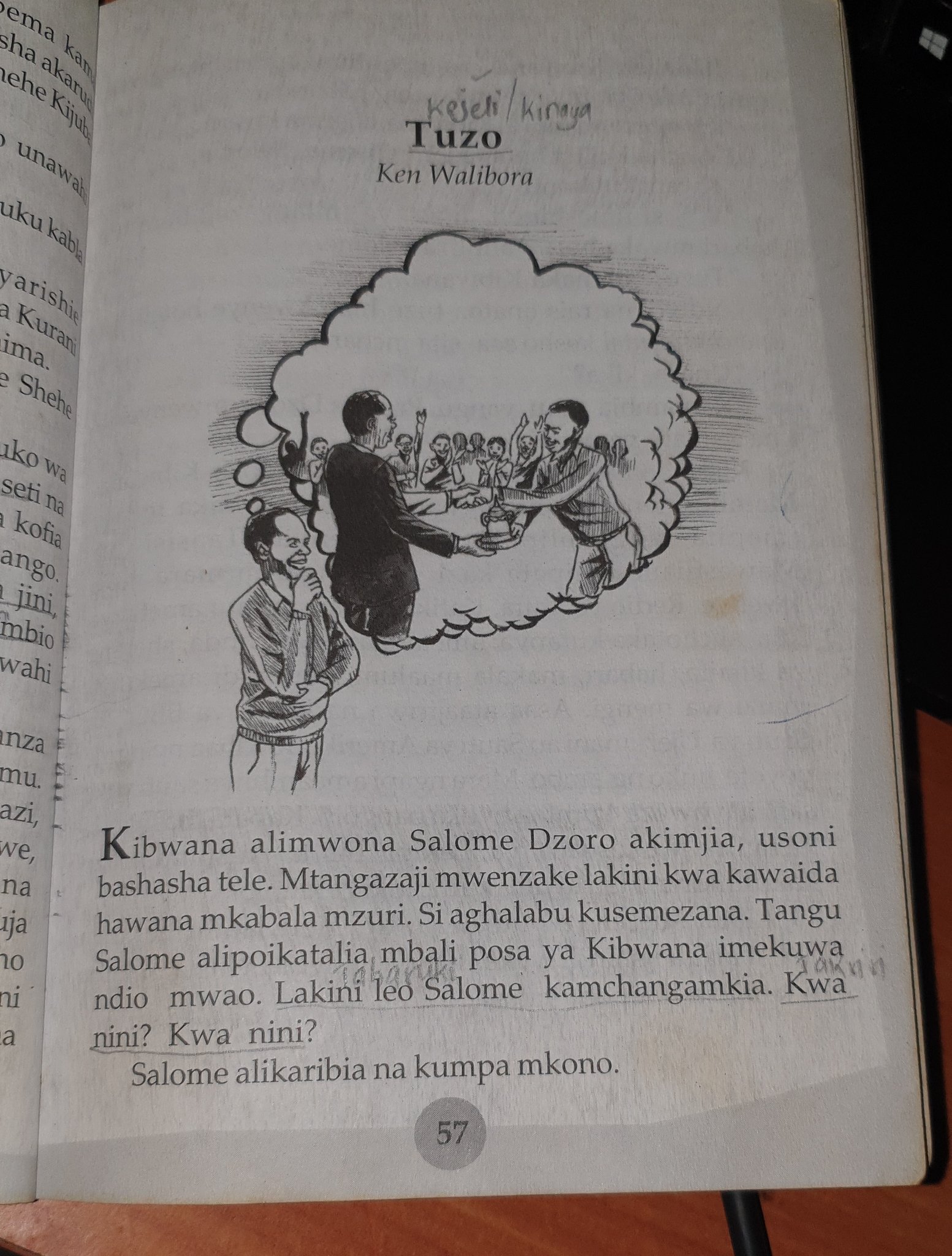 Among the famous politicians who have taken to the internet to mourn the fallen author includes President Uhuru Kenyatta.

Uhuru,  in a statement released on Wednesday, described the late Ken Walibora as a polished broadcaster and prolific writer whose literary works will continue to inspire future generations.

President Kenyatta has condoled with the family of celebrated Kenyan Kiswahili scholar, author & journalist Prof Ken Walibora. The President described the late Walibora as a polished broadcaster and prolific writer whose literary works will continue to inspire future generations.

The second in command, William Ruto, also described Walibora as an outstanding academic, ingenious author and a prolific journalist who had a charming personality and humour.

We are heartbroken by the passing away of Prof Ken Walibora Waliaula. He was an outstanding academic, ingenious author and a prolific journalist with a charming personality and humour.

Ruto went ahead to describe Ken as a man of insight and brevity, who was a driving force with monumental energy and vision when pushing Kiswahili language-related issues.

Prof @KenWalibora was a man of insight and brevity; he was a driving force with monumental energy and vision when pushing Kiswahili language-related issues. We will miss his great depth of knowledge, positive orientation, wit and resilience.

While penning down his condolences message, ODM party leader Raila Odinga described the late as a great writer who penned great literary works that will remain etched in the memories of many.

My condolences go out to the family of Kiswahili Author and distinguished Journalist Professor Ken Walibora. He penned great literary works that will remain etched in the memories of many. May the Lord grant his family comfort at this trying moment and may his Soul Rest In Peace. pic.twitter.com/lYEi2ltEgU

Majority leader Kipchumba Murkomen was not left behind. Kipchumba recalled how he met the legendary author while still a student but later crossed paths on some occasions when Walibora was a journalist at Nation Media Group.

My condolences to the family and friends of Prof. Ken Walibora. I got to first meet the man through his literary works especially “Siku Njema”. Later on our paths crossed a few times when he served as a journalist with Nation media. He has left a rich legacy. May he RIP pic.twitter.com/tfS8r9XoHy

Bungoma Senator Moses Wetangula described Walibora as a humble person who grew from a humble background from the Mulembe Nation to National stardom and intellectual prowess.

Am saddened to learn of the death of Prof Ken Walibora, a prolific author in kiswahili and a News anchor. Ken grew from a humble background from the Mulembe Nation to National stardom and intellectual prowess. We shall miss him. RIP Ken.

Ainabkoi MP, William Chepkut on his part, described Walibora by virtue of the books he published. Chepkut maintained that the author was a man who lived such a distinguished life as a secondary school Swahili teacher, a probation officer, a Radio/TV anchor, and most importantly, a great academician.

Ken held two MAs and a PhD from Ohio State University. His PhD thesis was titled "The Incarcerated Self: Narratives of Political Confinement in Kenya." Ndugu Walibora taught for many years as a Professor in the Department of African Languages and Literature, 2/3 #RipKenWalibora

His Rarieda counterpart Otiende Omollo also described the late as a football mate who left a big impact in the world of literature.

Famous comedian Churchill was also not left behind in mourning the profilic author.

Here are some more tweets from famous personalities across the country mourning the fallen hero;

Ken Walibora was one of the greatest Kenyan literal geniuses I have met. The last time we spoke, like two years ago, he talked of how he wanted to see more young Kenyans write. He challenged me to write. RIP Ken. pic.twitter.com/j6aCvfGzCx

I read your set-book in high school and later worked with you at NMG. I will not forget your infectious calmness and good humour. It was an honour. RIP Prof Ken Walibora. Death is cruel. #RipKenWalibora pic.twitter.com/VBlZp2rhce

Sad day for the literary world and all of us who knew him.
AUTHOR, JOURNALIST and literary scholar Prof Ken Walibora dies after being knocked down by matatu on Landhies road. RIP pic.twitter.com/T6N6EJTAfb

The death of Ken Walibora is heartbreaking. It was avoidable. Police have allowed our roads to become killer spots. Police don't keep records of repeat offenders. The killer of Walibora, if he is ever caught, will be jailed for six months. We need to restore sanity on our roads! https://t.co/QxIfKeJqFW

Through his work as a teacher, author and broadcaster, Prof. Ken Walibora etched an indelible mark in the literary sphere and contributed to the discourse on social mores.

Condolences to family, friends, and "orphans" who studied his novels as set books in Kenya and Uganda. pic.twitter.com/GUulUd4ZZl

It is confirmed. Ken Walibora is dead. Rest In Peace the swahili Legend.