University of Nairobi students’ leader Ann Mwangi Mvurya is the most influential student in Kenya in 2020.

According to a list released by Ultimate Varsity Awards(UVA) and seen by Opera News, Mvurya beat all other contenders to grab position one in this year’s top 100 list.

She further became more popular because of her striking resemblance to Governor Anne Waiguru who people thought was her mother.

This year’s list was evidently dominated by campus politicians though young student entrepreneurs and artists also made it to the list. The highly contested awards had 6 gentlemen and 4 ladies who made it to the top 10 cuts. 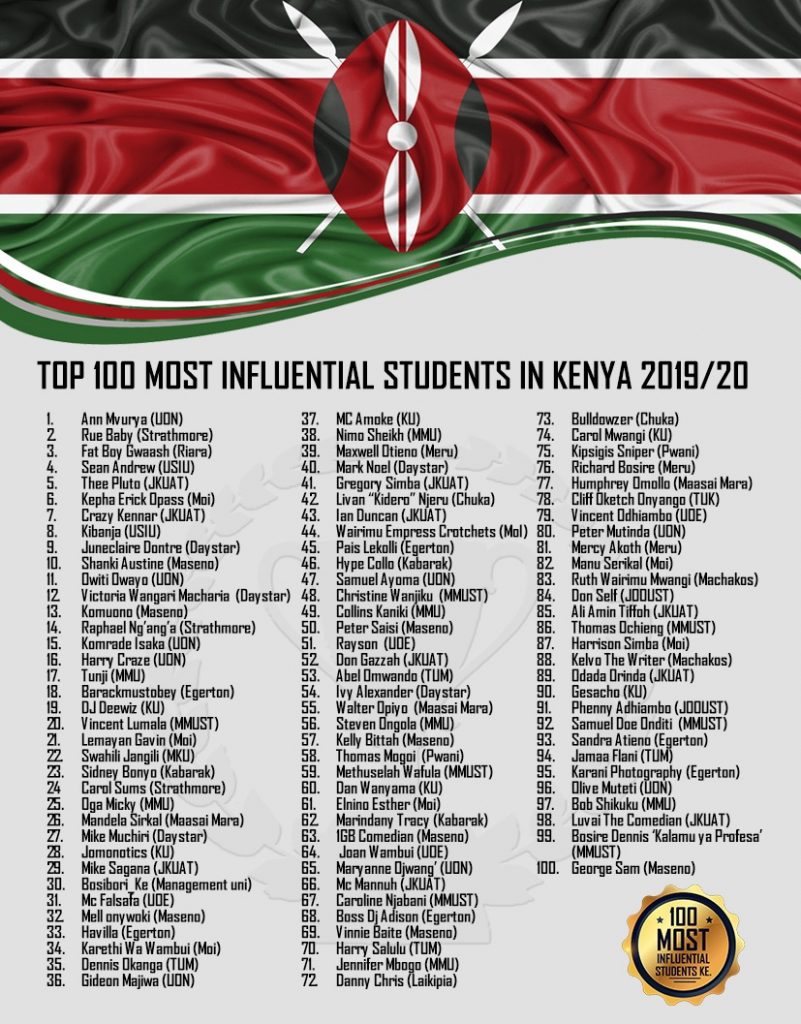 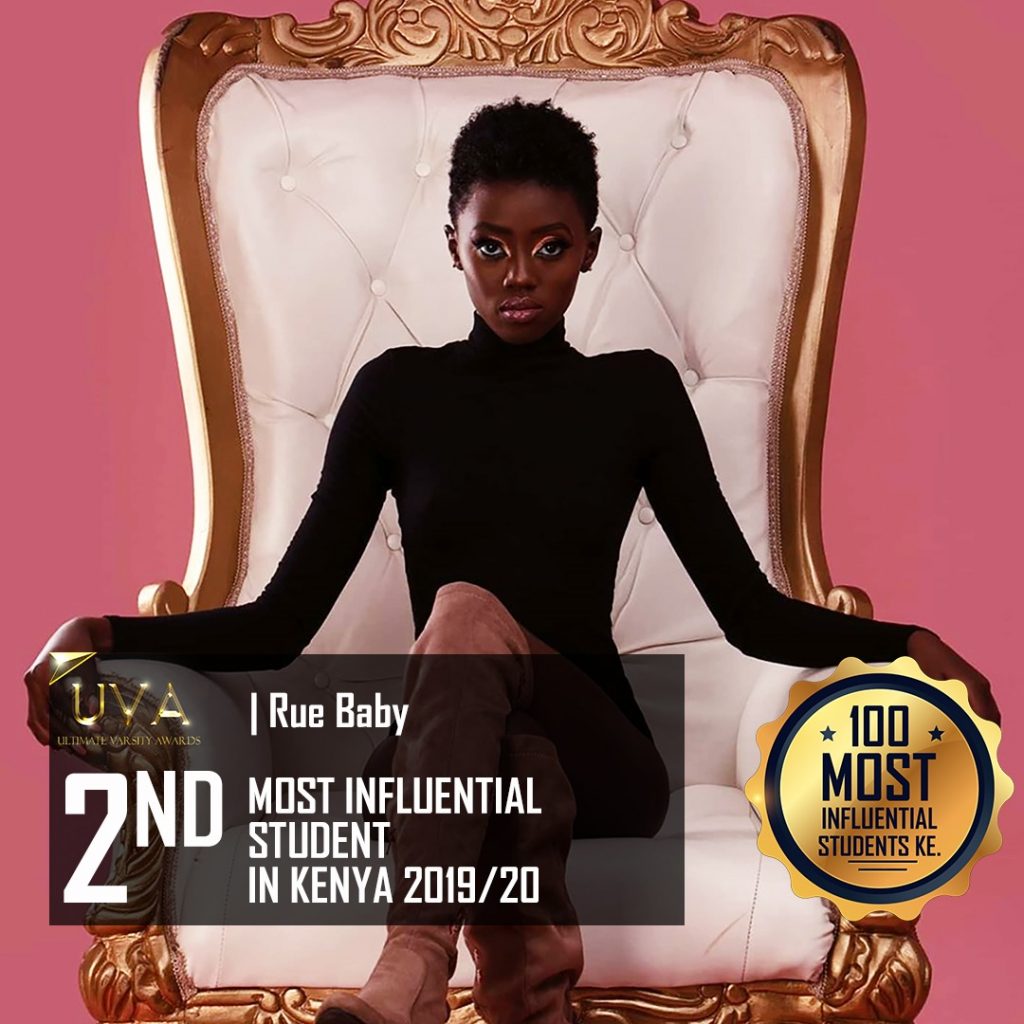 Jomo Kenyatta University of Technology(JKUAT) had the highest number of students in the list with ten making the cut. Controversial social media influencer and model Thee Pluto, Rico Gang and Kartelo’s manager Mr Mike Sagana were among the notable students from the university that made it to the top 100 list. 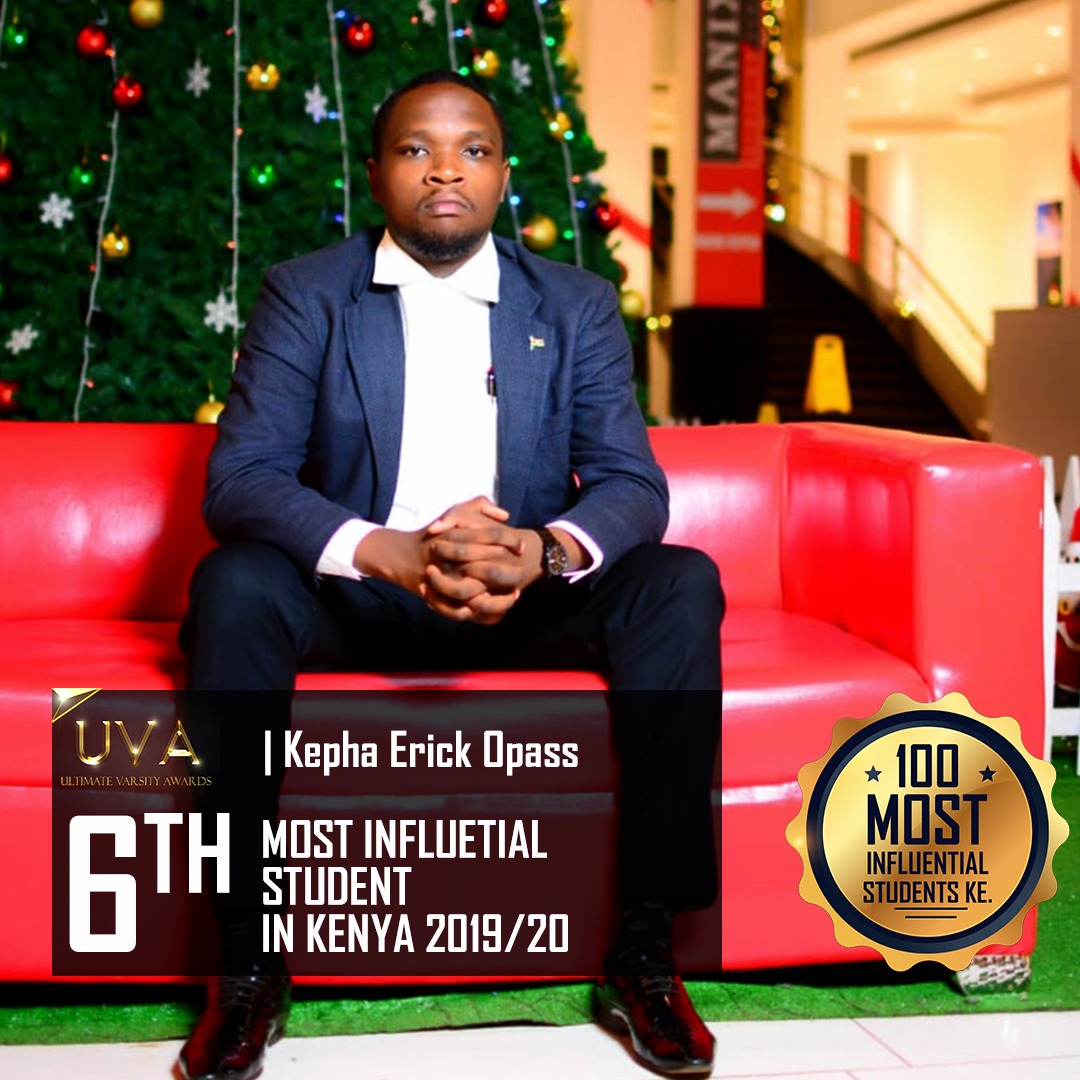 He rose to prominence in 2018 when he championed for the formation of Africa Must Succeed(AMS) Movement, a non-profit students movement that advocated for pan African agenda in the country.

With a huge following of students and leaders across the country, the aforementioned group had gained traction as an alternative students body championing for all-inclusive leadership.

Closing the top 10 was Shanki Austine, a third-year student in Maseno University pursuing Drama, Music and
Theatre Studies with IT. 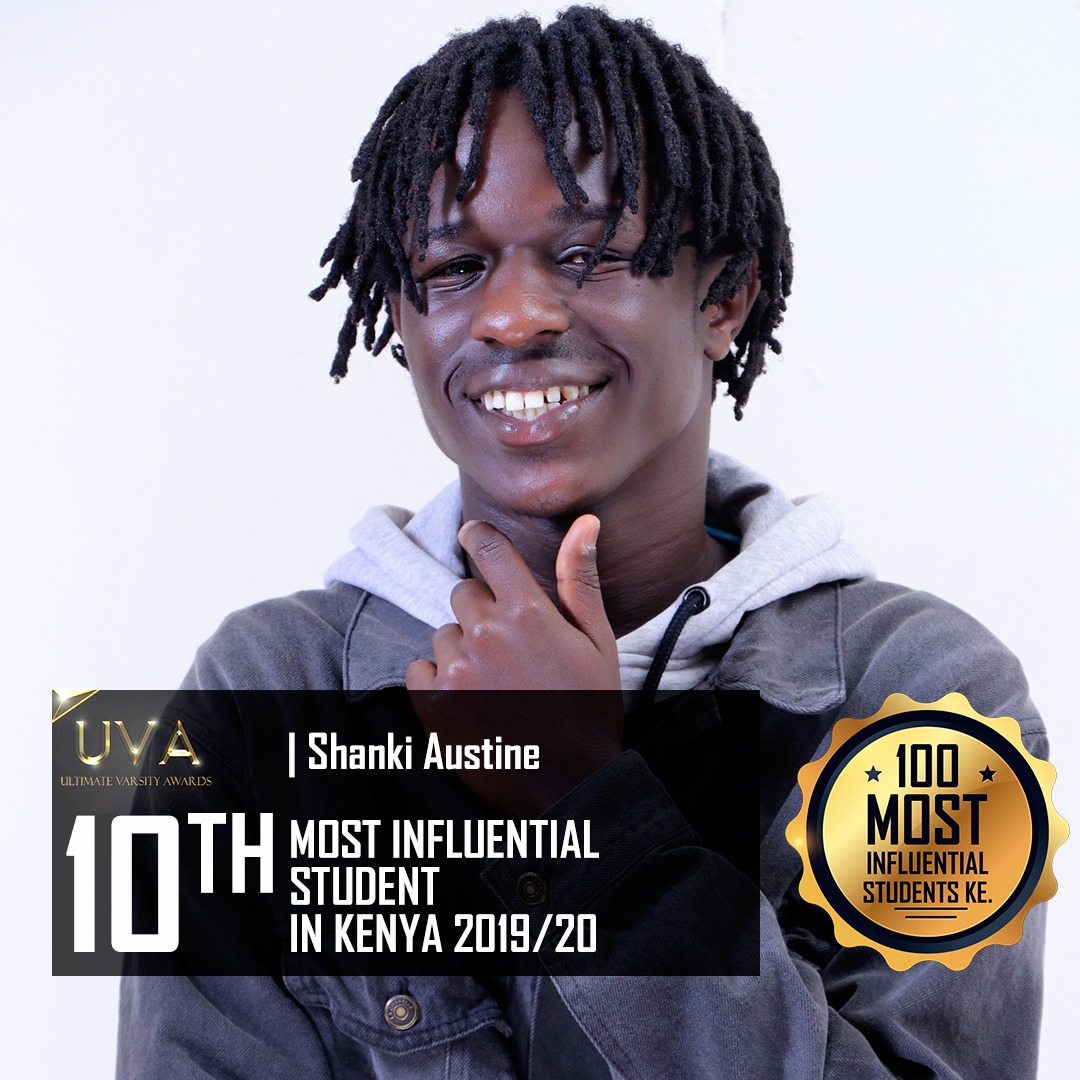 He is a spoken word artist, a musician and one of the brains behind Wajinga Nyinyi part 4. He is a Twitter influencer, meme maker, and a radio presenter at Equator FM, a popular radio station in Kisumu and Vihiga County.

His online presence was felt when he started the #MasenoLivesMatter campaign whose aim was to condemn insecurity, murder, theft and rape incidences in the university.

UVA co-founder, Ferdinand Muganda said, “it took about 5 months to prepare the list which was curated from online searches, correspondents from different universities, national competitions and media engagements.”

He also said that the list comprised of students from 25 universities in Kenya.

The first-ever UVA was held back in 2017 in Moi University where Jana Band, a nominated music group of the year, launched their first single-Mbao, and nominated gospel artist of the year Munaisa G-boy launched his second single-Na wewe during the event.