Media personality Janet Mbugua has been trending in the 254 after she revealed that prominent politicians around the country have been approaching her romantically despite the fact that she is married and a mother of two.

“How many politicians, how many colleagues in the media have approached me? So many. Did I say yes? No. Even when I am married and gotten kids. I just used to say point-blank that, ‘I have a family. Don’t you think what you are asking is wrong?’.  It’s a choice. I just said that even if they can give me all the money in the world what will happen to me? There is no credibility I’ll have,” she said.

Her revelation last week broke the internet with many Kenyans demanding that she reveal who the unnamed politicians are. 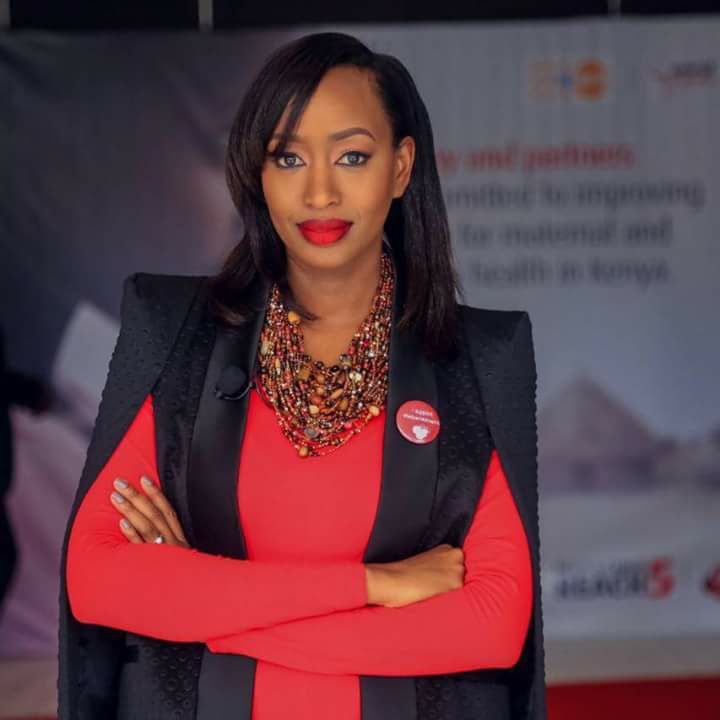 Muna Breik said, “She should name those politicians…we need to know who are the fisis.”

Other Kenyans have however taken to social media to throw shade on the media personality as they term what happened to her a normal occurrence.

“Every woman is approached for that, that’s not news. Even Gladys boss Sholei anapepeta saa hii. Kwani your husband approached you for what?” Linet Gichana asked.

Read more reactions from Kenyans below:

Mutugi M’Njue How daft can a woman be to be courted by men then run shouting to the whole wide world?
You have to understand that Slay Queen goodies are highly perishable commodities; they have to be consumed fast before they go bad! Nothing is unusual there; how do you think your mother got knocked up? Did she shout that someone had ‘borrowed’ her thingy?

Millicent Athing But ur not the only woman who have been approached by men, almost every woman is passing/has passed through that, by the we are still being approached by men for intimacy but we dnt go public over as long u know ur worthy and discipline enough to handle them, ths are petty issues that a woman of ur calibre should yapp about, nyinyi masocialite mnakuanga na utoto samma

Romano Michubu We men don’t care wether you are married, born again or not, eve the opportunity availed itself we don’t loss focus but try our luck.

Louise Magowi So what you definitely gave it out madam perfect

Irene Joy Lucky u!.. me I approach men myselefu everyday

Da Ve So U Expected Goats To Approach U?