Malindi Member of Parliament Aisha Jumwa drew attention to her luxurious house in between her Christmas message.

In a video shared on her Twitter account, the legislator is seen addressing the nation in front of a mansion that is supposedly hers.

She urged Kenyans to comply with traffic rules and observe the required speed limits for their safety and that of their families.

Additionally, Jumwa cautioned her audience against drinking and driving as a course to cub deaths during the festivities.

The legislator’s source of wealth is questionable as she faces a graft case involving the embezzlement of Ksh 312 Million.

Aisha Jumwa has been a woman full of controversies for the better part of the year.

It all started after her departure from the ODM party to join Deputy President William Ruto’s Tanga Tanga brigade.

Mid- 2019 Jumwa decamped, a move that threatened her position as the Malindi MP, a seat which she secured on an ODM ticket.

Her change of political tune prompted a section of ODM leaders to expel her. 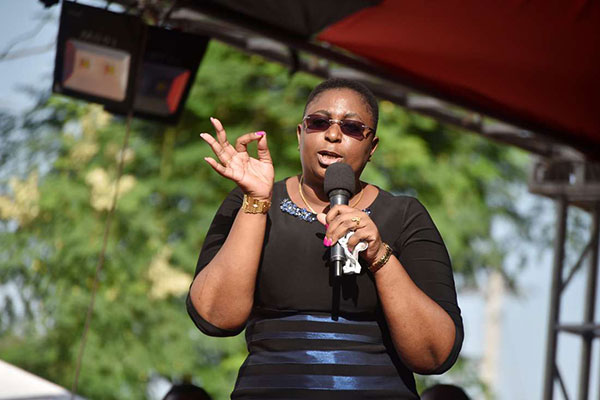 The party’s council Council on January 24 resolved to adopt a report by the party disciplinary committee which recommended the expulsion of Jumwa together with her Msambweni counterpart Suleiman Dori over gross misconduct.

In October, she was arrested after a man was killed in a scuffle between her and ODM Party supporters in Ganda ward, Malindi constituency.