Pep Guardiola has conceded it is unlikely Manchester City will be able to overturn an eleven-point gap between them and Liverpool in the Premier League title race.

The Reds are flying in the league and sit top of the table having dropped just two points so far while City have fallen further and further behind in the race to defend their crown. 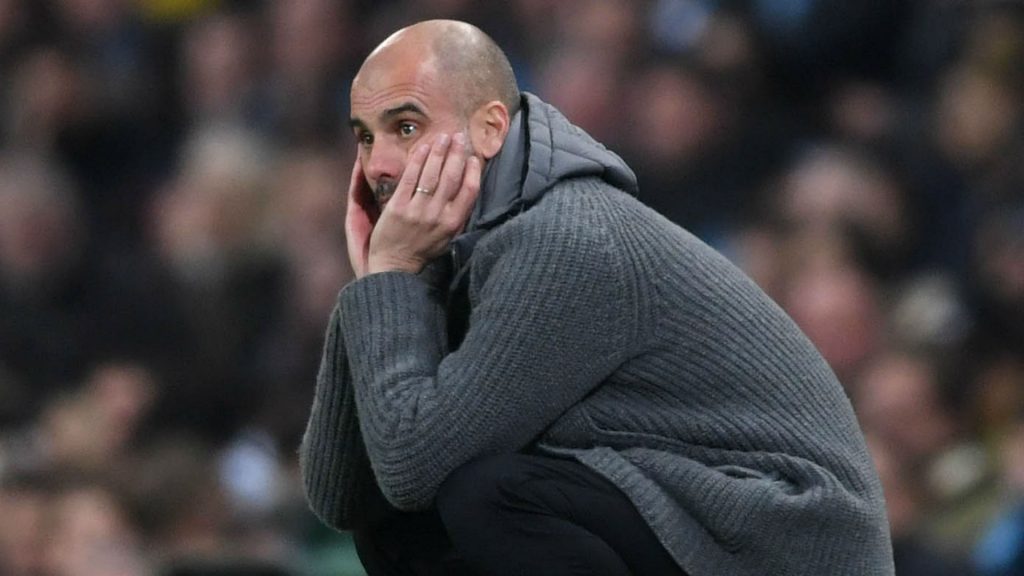 Guardiola has now admitted Liverpool are firm favourites to claim their first Premier League title. “When a team has 16 victories from 17 [games] it’s unrealistic to think we are going to chase them,” he said.

“It’s unrealistic right now. We have to try to win our games, secure Champions League for next season and then you never know.

“If they drop a couple of games, and we win and win, I don’t know. When one team lose one game in the last 53 or 54, I’m not optimistic that they are going to lose four or five in ten or eleven games because they are incredibly strong,” he added.

Notably, both Liverpool and City have a hectic Christmas schedule, with the Sky Blues taking on Wolves on 27 Dec before playing Sheffield United just two days later at the Etihad. Liverpool play Leicester City on Boxing Day before welcoming Wolves to Anfield on 29 December.

However, Guardiola is not disturbed by the tight schedule. “I wrote a letter to the Premier League to say thank you and we are going to the fridge after Wolves to get ready for Sheffield United,” he said.

City are in third place, a point behind Leicester City who they beat over the weekend.