The English Premier League has made a rather unexpected announcement which has left the whole world divided.

On Monday, the football management body-which takes pride in world-class players and is the most followed league in the world, openly declared rare support for the lesbian, gay, bisexual, and transgender (LGBT) community calling upon everyone to support the cause.

“The Premier League stands proudly alongside Stonewall in promoting LGBT equality and inclusion. Clubs and communities are stronger when everyone feels welcome, and it’s down to all of us to make that happen,” Premier League posted on social media. 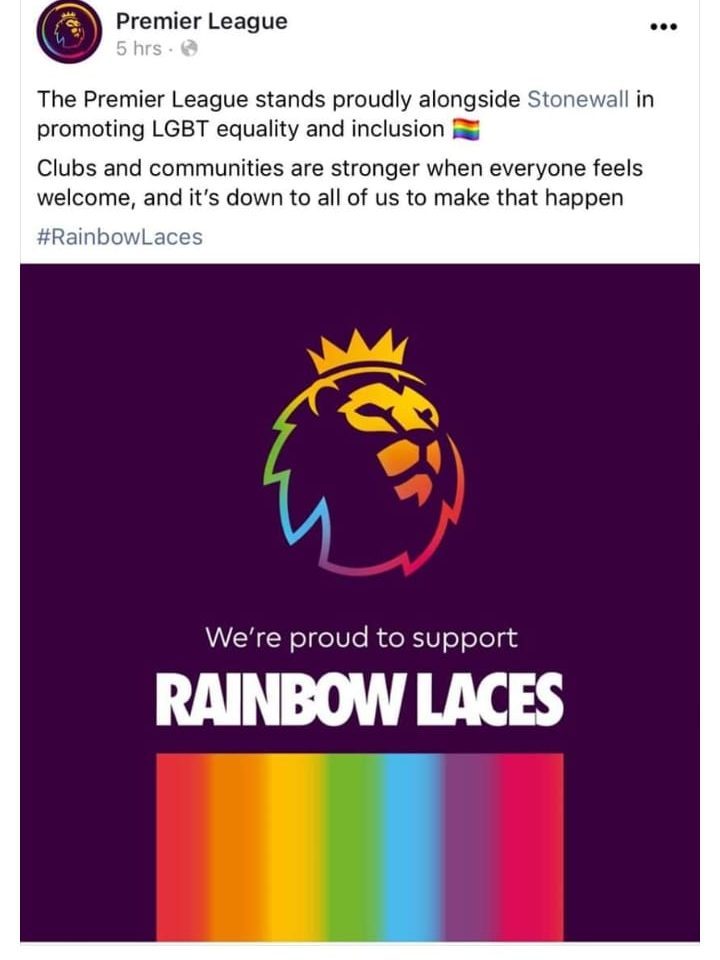 And everyone had something to say about the announcement- some rebuking, others supporting.

Here are a few comments;

Stian Schultz: “This comment section illustrates perfectly why it’s important for the Premier League to show their support to the LGBT community. There is a huge attitude problem out there that needs to be opposed.”

John McCord: “Not sure why I haven’t heard of this before. Thanks for sharing!”

Raymond Kitso: “No one will ever take this seriously with the whole rainbow thing. People would find it more acceptable if it wasn’t selective. You preach inclusiveness by singling out a certain area where there’s discrimination instead of finding a common ground for people’s differences.”

William Viney: “I watch Football to get away from Politics and all this. Thanks for ruining that for me too.”

Alice Wallis: “Well done Premier League! This is the kind of support we need. All the pure hatred and the ignorance in the comments astounds me and I’ve got to say I’m now losing faith in the human race. Negativity divides us in a time when we all need to be united. The amount of homophobia on here is actually shameful, and I hope you all just take a minute to think about how your words affect others. You don’t want your empty, meaningless, hate-filled comment to be the reason someone hurts themselves tonight or ends their own life. Please be tolerant. Please just be kind. (And don’t bother trying to fire hatred back at me as I won’t respond to you).”

Floss Grey: “And this is why they are supporting it. All this hate. It’s not just the fans players would want to feel safe to be who they are too. It’s nothing to do with politics. It’s there to support. Plus, it makes the pitch look awesome.”